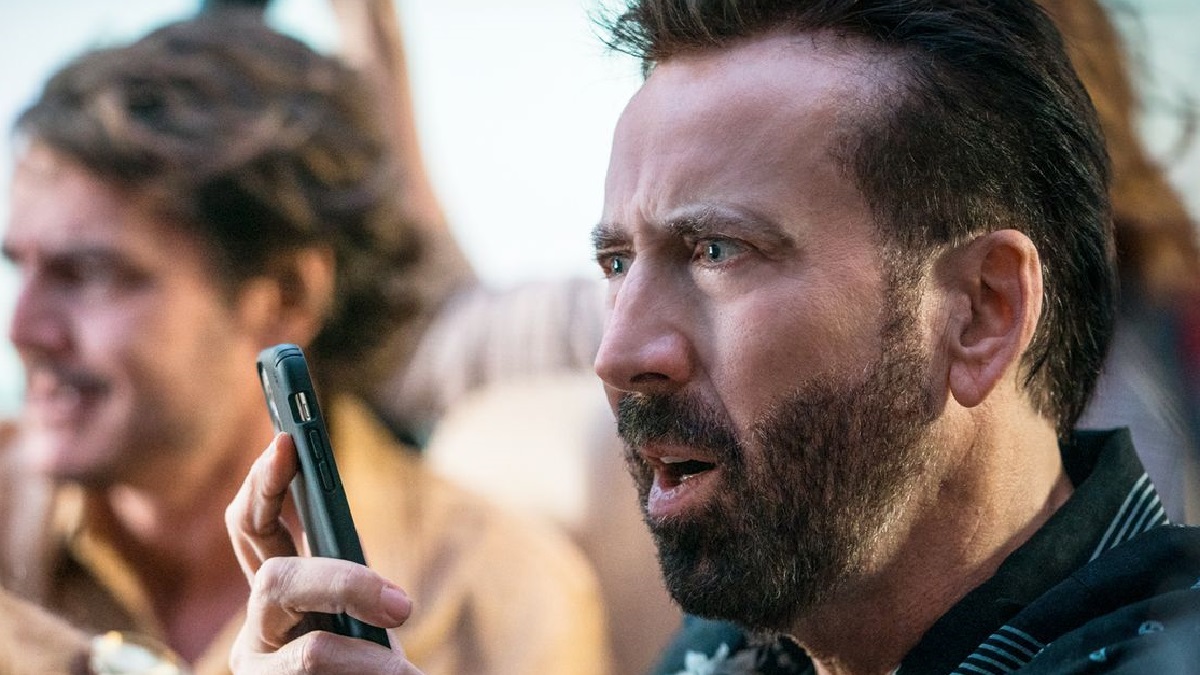 It goes without saying that next week’s The Unbearable Weight of Massive Talent is one of the most unique experiences you’ll have at the theater this year, which is putting it lightly.

Nicolas Cage plays jobbing actor Nick Cage, haunted by the ghost of his younger and more successful self, who gets drawn into a cat-and-mouse sting operation that eventually ends up roping in the feds, a drug kingpin, and his estranged wife and child. It’s wild, and based on the early reviews, it’s also awesome.

One of the most bizarre scenes in an incredibly outlandish film features the two versions of Cage playing tonsil tennis, which is deliberately designed to be as hilarious as it is uncomfortable. In a new interview with Empire, co-writer and director Tom Gormican reveals that it was the leading man’s idea.

“That was actually just a peck on the cheek, as scripted. Nic came in and was like, ‘I think I would really like to French-kiss myself.’”

Unsurprisingly, Gormican’s fellow scribe Kevin Etten couldn’t believe what he was hearing, never mind what he was about to see.

“I was like, ‘Oh, my god, yes. Please.’ Never in a million years would I have gone there in my head. But it was such a great idea. It was so funny.”

As the current best-reviewed entry in Cage’s entire filmography, hopes are high among fans for the impending arrival of The Unbearable Weight of Massive Talent, and the good news is that it definitely delivers.