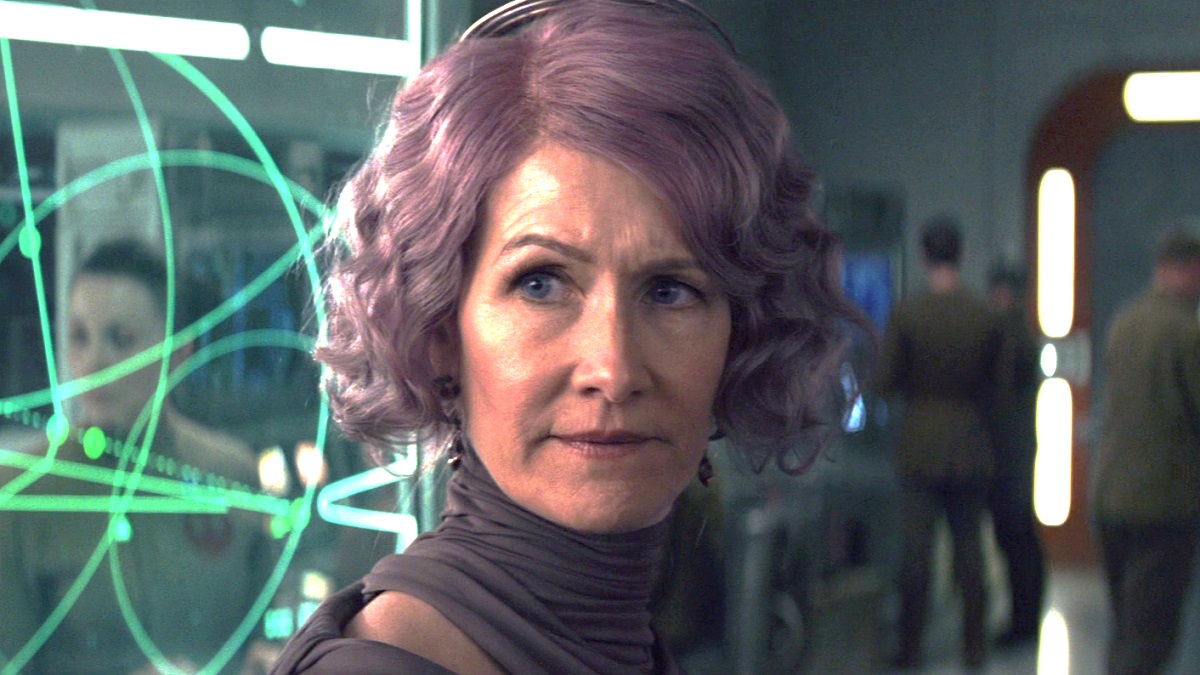 We are now five long years out from Star Wars: The Last Jedi, and it remains a hot topic of conversation amongst fans. At this point, it seems like the debate will last forever, with fans having taken firm sides on Rian Johnson’s grumpy hermit Luke Skywalker and his argument that the Force shouldn’t be reserved for a few aristocratic space bloodlines. Above all that, there’s one scene in particular that leaves an itch that still can’t be scratched.

This is, of course, the infamous Holdo Maneuver. Faced with an apparently unwinnable battle against the First Order, Laura Dern’s Admiral Holdo has a stunning final roll of the dice up her sleeve. She turns her cruiser around to face them, fires up her hyperspace drive, and executes a lightspeed kamikaze strike on the First Order fleet.

The reaction to this on opening night was shocked awe and leaving aside the arguments for a moment it’s a masterclass in editing, cinematography and sound design. But does it “break” Star Wars? Here’s the current state of the debate:

The inevitable counterpoint is that if this is so effective, why doesn’t everyone do it? But there’s a counterpoint:

Is part of this that fans just don’t like Holdo as a character?

But, as cool as this is, maybe it’s a step too far:

But is The Last Jedi‘s setup the only place it could have worked?

Other space battle armchair generals have weighed in:

Clearly, this isn’t going to be resolved anytime soon. We’re happy to accept it as simply an incredibly cool cinematic moment rather than getting into the nitty gritty of fantasy sci-fi capital ship combat and hard physics. We don’t expect these debates to cool down anytime soon, but we’re also sure something similarly controversial will come along to get everyone debating that instead.

Star Wars: The Last Jedi is available to stream on Disney Plus