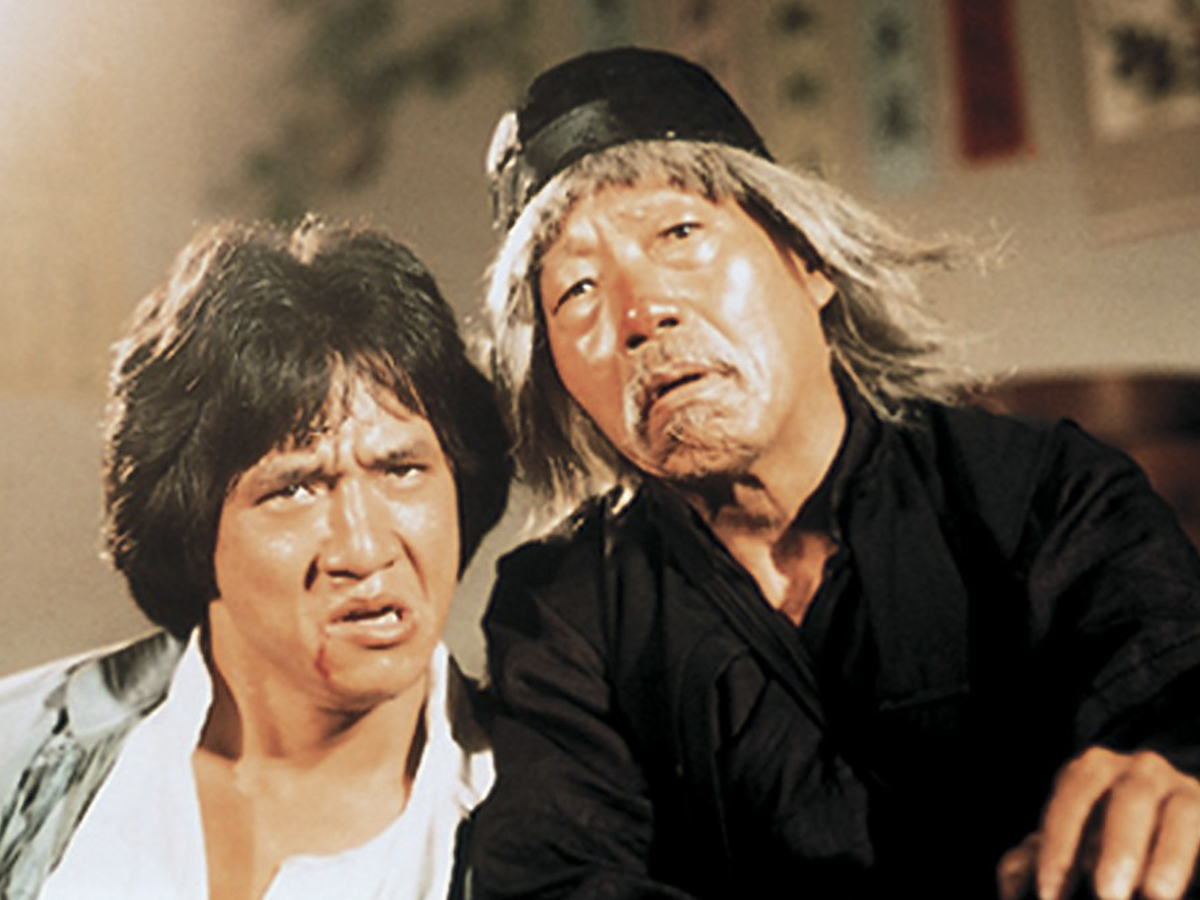 Jackie Chan is a Hong Kong superstar, beloved throughout the world for his action comedies that feature high octane action and insane stunts. Chan’s movies all-the-more beloved because his fans know that he does the stunts himself. In fact, the Jackie Chan stunt team is regarded as the best of its kind in the world. Below are Jackie Chan’s best movies.

The mid-90s were some of Jackie Chan’s peak years as the undisputed king of Hong Kong fight films, and Drunken Master II, the sequel to stone-cold classic Drunken Master may be Jackie Chan’s most critically acclaimed, with Time magazine put it on their list of the top 100 movies of all time, and the British Film Institute called it one of the 10 best action films ever made.

Drunken Master II was a huge hit all throughout Asia on its release, and in 2000 became a hit all over again when it was released by New Line Cinema in the USA as The Legend of the Drunken Master.

Police Story 4: First Strike was released by New Line in the US as Jackie Chan’s First Strike, but in Hong Kong it was produced as a sequel in the consistently excellent series of sequels to Police Story.

Chan once again plays Hong Kong police officer “Kevin” Chan Ka-Kui, this time helping the CIA go after an international weapons dealer. The story is nonsense designed as an excuse to film all over the world, but with action this good there’s no reason to complain.

At his height, Jackie Chan pushed to top himself film after film, and there are few other action franchises that work as consistently four films in as the Police Story series.

Released in the same year as his cameo appearance in the dreadful Cannonball Run II, Wheels on Meals is directed by, and costars, regular collaborator Sammo Hung.

Along with fellow kung fu star Yuen Biao (Once Upon a Time in China), Biao and Chan play friends running a food cart who run afoul of Hung’s private detective who is investigating a case involving an heiress and a criminal gang.

The story in Wheels on Meals is secondary to the action and physical comedy, which is top tier.

While Jackie Chan was a superstar in Asia, in the United States he was known mainly for his cameos in bad Hollywood movies and among the grindhouse fans who filled 42nd Street theaters and traded bad second generation bootlegs of his films.

All of that changed with Rumble in the Bronx, Chan’s shot straight through the heart of the Hollywood mainstream. The movie was a hit and proved to film studios as proof that there as a big American audience for Chan-style martial arts flicks outside of the Late Movie on your local station.

Rumble in the Bronx also served as the spearhead for the Hong Kong invasion of the ‘90s, helping pave the way for other superstars like Jet Li and director John Woo.

Once again co-starring with Yuen Biao and Sammo Hung (with whom Jackie Chan co-directed this film), the story of Project A is nonsense involving pirates and police, and really makes no sense written out in black and white.

Luckily, the real draw in this film is the action, comedy, martial arts, and most importantly the chemistry between the three leads. Biao, Hung, and Chan were real-life friends who came up together in the Peking Opera School, and it shows in Project A.

Some consider Police Story 2 the superior film in the series, but while it might hold together better as a story, it lacks the sheer guts of the action sequences that Chan pulled off in Police Story, thie initial film in the high-grossing series.

Police Story features stuntwork that put Chan at real risk for his life, including a drive down a steep hill through the shacks of a shantytown, and a three-story slide down a light fixture and through a glass roof that broke Jackie’s hands and sent him to the hospital.

Police Story is the reason Jackie Chan movies end with stunt blooper reels, so that audiences can see it is the star, and not a stuntman, actually putting himself in danger.

While it was this film’s sequel that became an international hit, the original Drunken Master stands as a masterpiece in the field of kung fu cinema.

Starring a very young Jackie Chan as legendary Chinese figure Wong Fei-hung, Drunken Master follows the exploits of Chan’s Wong as he starts a callow youth who loses fights wherever he goes. His father, despairing of his son, gets kung fu master Beggar So to teach Wong the titular Eight Drunken Immortals style of Drunken Boxing.

While the story is pretty much stamped in the mold of Shaw Brothers style kung fu movies, it’s the sense of humor on display in Drunken Master, and of course Chan’s own rigorous and perfectionist approach to staging fight scenes that lifts this to the top of his filmography.