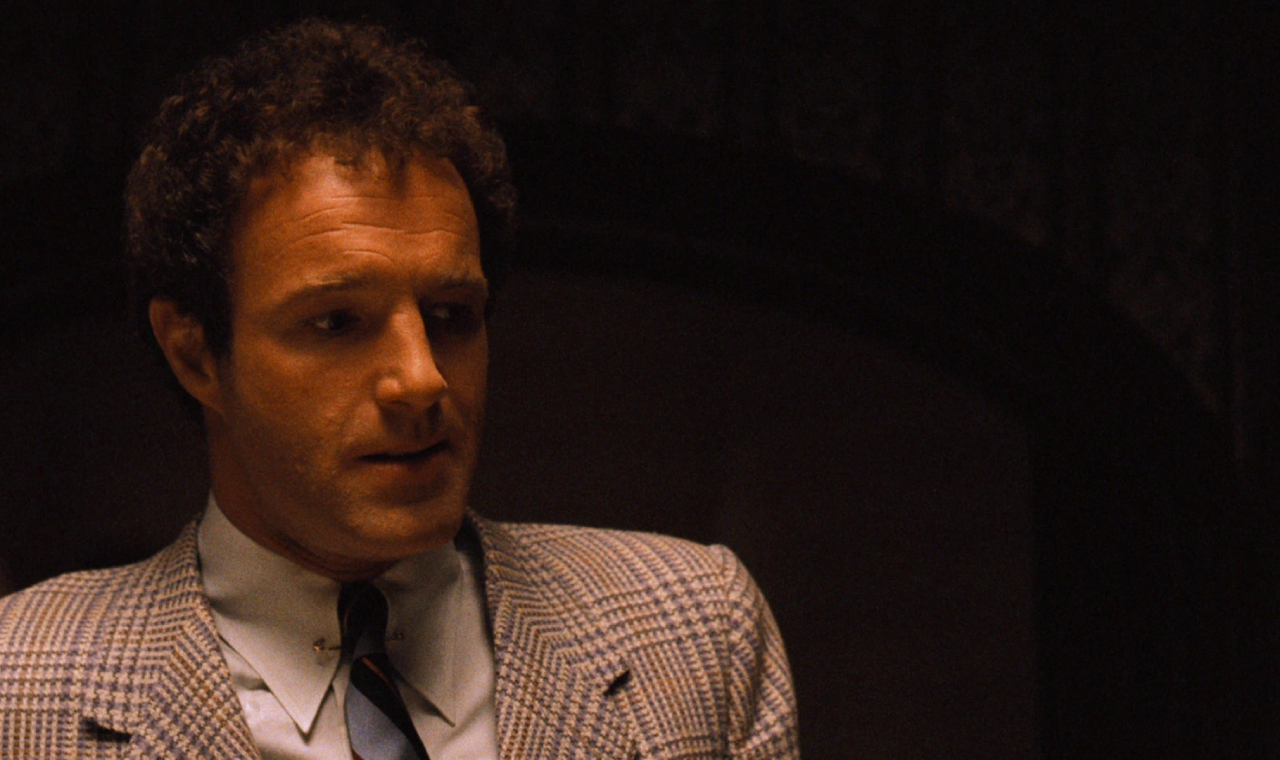 Seminal classic The Godfather just turned 50, and now the living cast of the criminal classic are looking back, and through the haze of faded memory Sonny Corleone actor James Caan has revealed he still hates that one of his scenes was cut.

“When Michael [Pacino] tells me he is going to take care of the cop and Sollozzo [Al Lettieri], I say, ‘you’ll get brains all over your nice Ivy League suit.’ There was a scene before in the same room that I had with Bobby [Duvall] that was 10 pages long – and Francis cut all of it out! I was so pissed off; I couldn’t watch the rest of the film. Otherwise, he gave me a great honor.'”

Caan made the comments in an article published by The Hollywood Reporter today looking at the legacy of the work. Other revelations in the piece included Caan clearing up the rumor that he disliked actor Gianni Russo, and really took out his frustration with him during their fight in the street after Russo’s character Carlo physically abuses Connie Corleone.

“He had a fight with someone else. Not me. I did the fight scene with stuntman Paul Baxley. He came in, and we made up the whole fight. Everything you saw in there is something that Paul and I created the day before.”

Coppola also recently revealed, in an interview with Variety we reported on, that he thought the film would be a failure. This clearly did not happen, as the world is still talking about the piece 50 years on and, though Caan missed out on audiences seeing a key scene, his character has stood the test of time alongside all the other moments from the work.