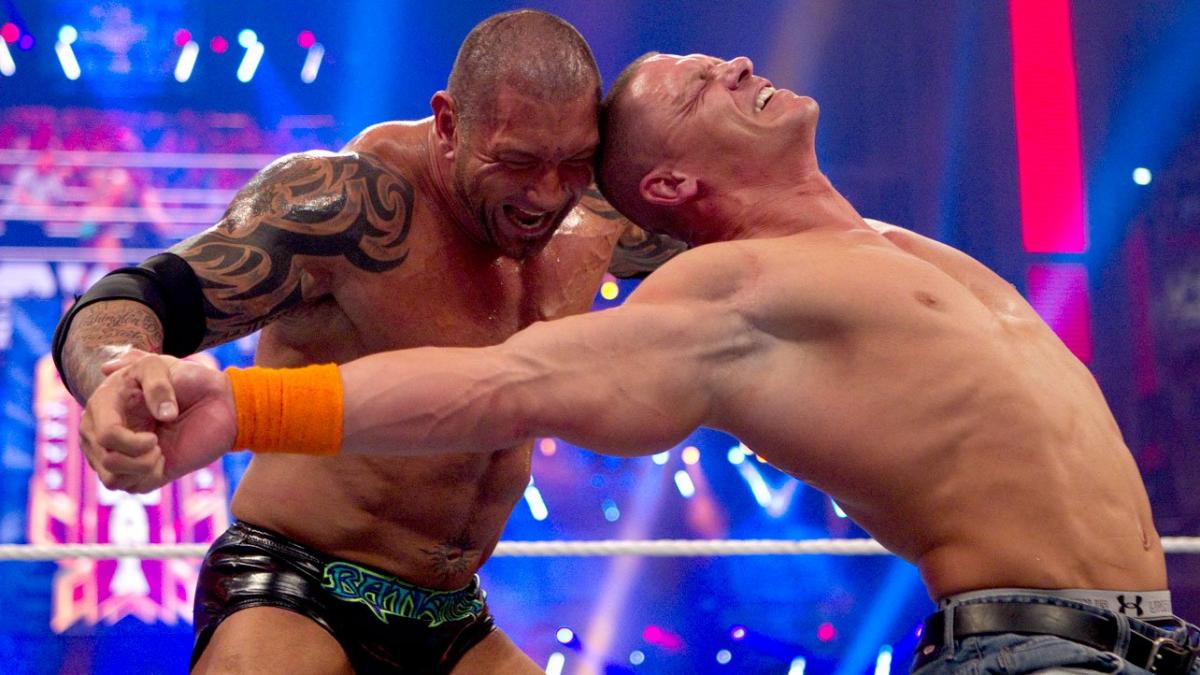 Dave Bautista has made it perfectly clear that he doesn’t want to be associated with former in-ring rivals Dwayne Johnson and John Cena as the trio of WWE stars embark on successful Hollywood careers, but the comparisons are inevitable.

It doesn’t take an entire Six Degrees of Separation to link them together, with their respective paths bound by a number of coincidences. Cena and Johnson have both lent their names to the Fast & Furious franchise, while Bautista turned down an approach from Universal to gauge his interest.

Similarly, Bautista became a close friend and collaborator of James Gunn’s after being cast as Guardians of the Galaxy‘s Drax, but he declined a role in The Suicide Squad in favor of Army of the Dead. Cena ended up starring in the movie instead, leading to an HBO Max spinoff for his character that was renewed for a second season last week.

In a recent interview with Vulture, Gunn explains what drew him to the hulking specimens in the first place, and what both Cena and Bautista bring to the table that nobody else can replicate.

“So I’m talking to John on the god mic about what he’s feeling, and I see his eyes switch. I see him go to this incredibly sad, vulnerable place. We realize this character is a guy who’s doing something he doesn’t want to do at all, but that he’s going to do anyway, which is shoot a young girl. When I saw that moment in him, I knew John was not just a performer who was funny, which is why I hired him, but a guy who had this other layer. At that moment, I knew John had that thing. It’s a thing a lot of big actors don’t have, and that most wrestlers turned actors don’t have. Dave Bautista also has it. That’s the reason I hired him for Guardians in the first place.”

Gunn now finds himself jumping between the two grapplers, with the filmmaker currently shooting Guardians of the Galaxy Vol. 3 on either side of Peacemaker‘s first and second runs, so maybe he’ll be the one to convince Bautista that sharing the screen with Cena isn’t the worst idea in the world.