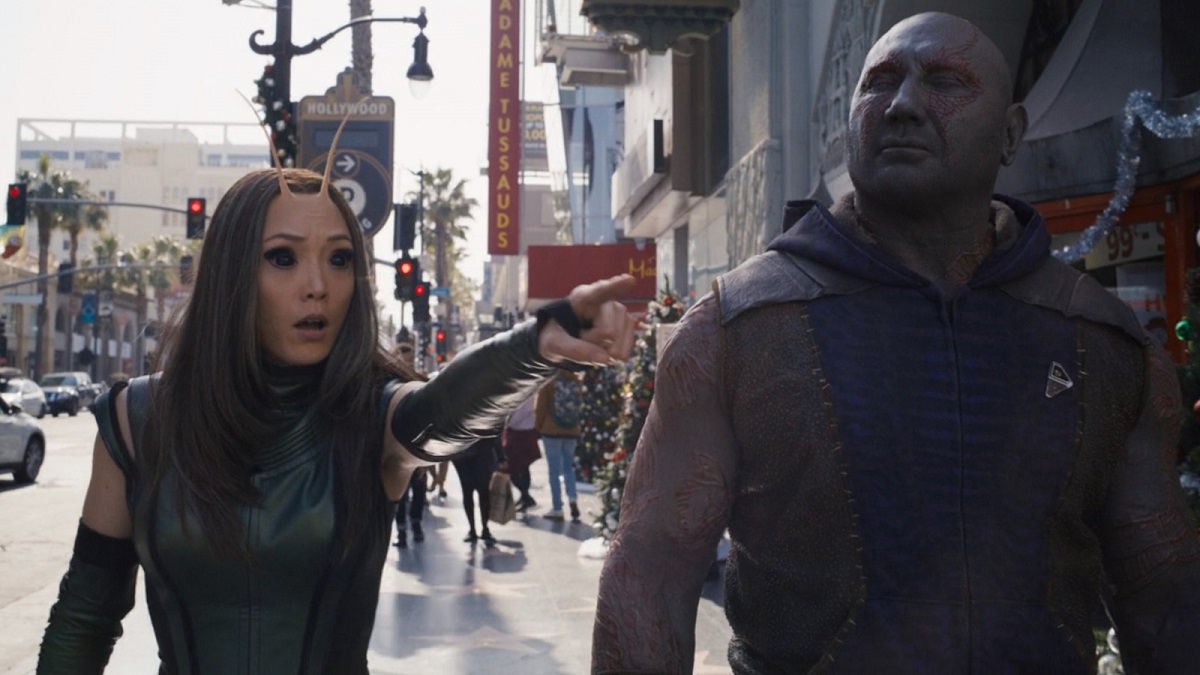 One of James Gunn‘s recurring contributions to the Marvel Cinematic Universe is to make some fairly outlandish and bizarre things official franchise canon, and The Guardians of the Galaxy Holiday Special has found the filmmaker up to his old tricks yet again.

Of course, some fans aren’t best pleased that the Marvel Studios Special Presentation ended up with Nebula gifting the treasured arm of the Winter Solider years after it was first mentioned as a throwaway gag in Avengers: Infinity War, but the co-CEO of DC Studios responded in kind by incinerating the unhappy miser on Twitter.

One of the most bizarre asides from an altogether bizarre festive frolic, which was admittedly to be expected when the entire plot hinges on aliens abducting Kevin Bacon, saw Drax need to be held back by Mantis as they strolled down Hollywood Boulevard after he spotted a GoBot, with Pom Klementieff’s freshly-minted half-sibling to Star-Lord admitting they’d killed his cousin.

Is he confirming that GoBots are canon? Or is he cementing the insane mental imagery conjured up by Tonka’s Transformers ripoff genuinely being responsible for the death of Drax’s family? Dave Bautista’s destroyer had an axe to grind with Thanos after his wife and child were murdered, but a GoBot would be another scenario entirely.

Whatever the case, would we love to see Drax seeking revenge by taking on a GoBot for real in Guardians of the Galaxy Vol. 3? Of course, it would be hilarious.