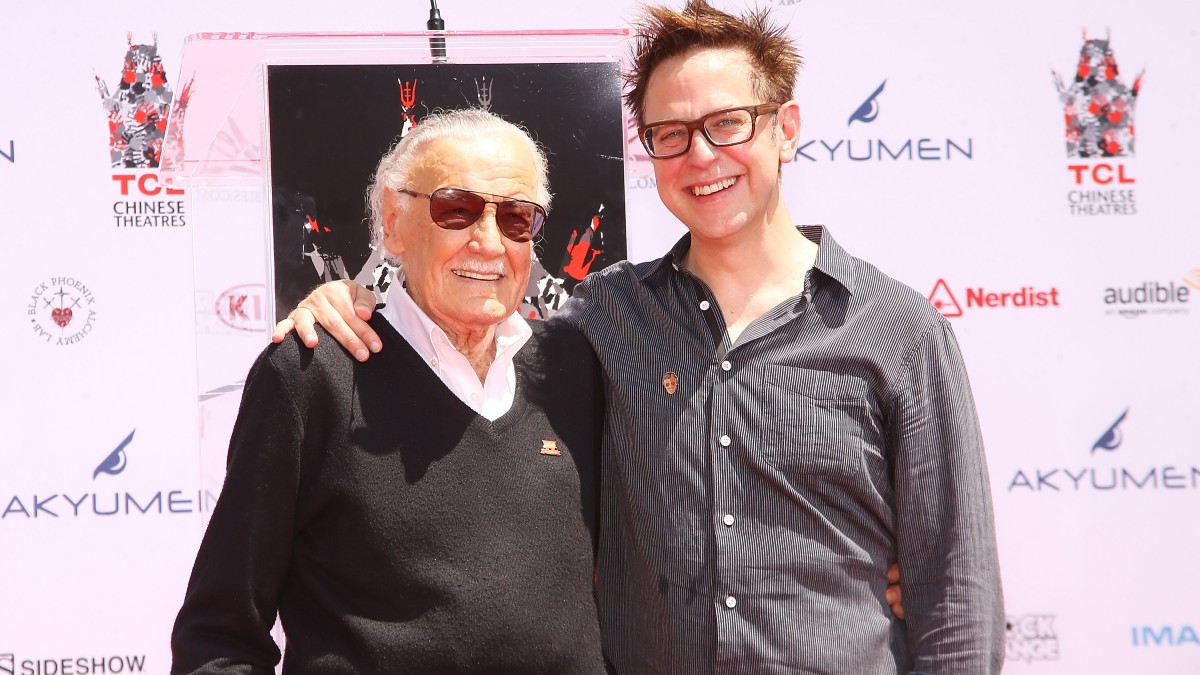 MCU fans could easily list any number of things lacking from Phase Four movies, but we think everyone would agree what all of these newer projects discernibly lack is a heartwarming cameo from comic book legend Stan Lee. On what would have been the 100th anniversary of his birth, James Gunn has taken to Twitter to celebrate the life of the man who created many of our favorite superhero vigilantes.

The Guardians of the Galaxy director shared several photos of himself and Lee on the MCU set and even during a premiere. There’s one constant in all of these pics, despite the fact that they’ve obviously been taken years apart from each other, and it’s Stan Lee’s easy and heartwarming smile.

One needn’t look any further than the MCU ensemble, many of whom are characters Stan Lee co-created in his lifetime, to realize just how much of an impact the creative left on the industry in his sixty-odd years of working as a storyteller. Spider-Man, Thor, Ant-Man, Iron Man, Hulk, Doctor Strange, Black Panther, and even the Scarlet Witch comprise only some of these names, and all of them are prominent players in live-action now.

As for James Gunn, the new DCU boss is preparing for the forthcoming release of Guardians of the Galaxy Vol. 3 on May 5, 2023, so of course, he wouldn’t miss paying tribute to the man who actually helped conceive Star-Lord and his band of ragamuffin intergalactic douchebags alongside Arnold Drake in the late ’60s.

It’s been five years, but you are indeed still missed, Stan Lee.