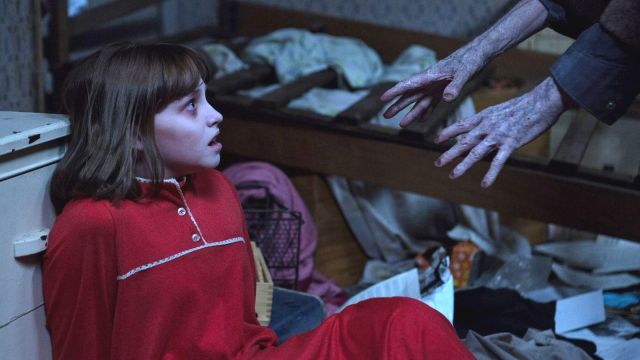 The Conjuring universe had had to cull a big spin-off plan, with James Wan confirming one of the films in development has been shelved.

New Line Cinema’s modern horror franchise has become a staple in horror since 2012, with the universe expanding well beyond just the main trilogy with the likes of the Annabelle movies and The Nun all part of the same spooky shared universe. The financially successful franchise has now seen its first canceled project in the development hell-residing The Crooked Man film seeing the remorseless scythe.

Wan has confirmed the character introduced in The Conjuring 2 will not be seeing its own film, with him posing with the animatronic on his Instagram to confirm the bad news. Wan said the decision was “out of his control” but had a glimmer of hope for the project to one day be realized.

The cancelation is perhaps not too surprising considering how little had been heard of it since the first murmurings in 2017. At CinemaCon 2022 confirmation was given to The Nun 2 and recently to its release, but nothing was said on The Crooked Man. The axing could come down to the diminishing returns and reviews of The Conjuring franchise, with the series not able to maintain the strong reviews of the first two films.

The Crooked Man was last seen during the Enfield Poltergeist, with the design and character feeling very inspired by The Babadook from a few years prior.

The Nun 2 will be the next project to come out of the universe, with a Sept. 2023 release date confirmed as hardcore Nunheads anticipate the next release.