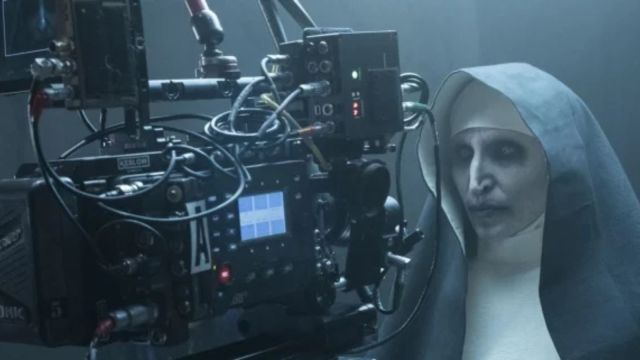 One of The Conjuring franchise’s spin-offs, The Nun, has now had its sequel land a suitably spooky release date.

Announced to be in the works at 2022 CinemaCon, the follow-up to the 2018 box-office success will see Bonnie Aarons return to the role of Valak / The Nun and fans can now count down the days until they see her back in action. After the original grossed $365 million from a $22 million budget, it was almost certain to return.

Warner Bros. announced that the sequel will hit cinemas just in time for Halloween spooky movie season, with a Sept. 8, 2023 release date on the cards. Michael Chaves will take over as director, having previously worked on The Conjuring’s threequel The Devil Made Me Do It. Working alongside Chaves will be Akela Cooper as scribe, following her work on the recent cult hit Malignant

Cooper had previously done plenty of work on television, with her penning and producing the Netflix Luke Cage series, as well as Star Trek: Strange New Worlds. A plot synopsis teases a change of location, with the follow-up to be set in France four years after the events of The Nun.

The Nun saw a Romanian setting, but the sequel pushing further west into Europe suggests Valak is on a trajectory to hit Japan by The Nun 12.

The Conjuring franchise is also to see further spin-offs in the form of The Crooked Man, which was introduced during the Enfield Poltergeist shown in The Conjuring 2. The other big hit in this franchise has been the multiple Annabelle movies, with the demonic doll constantly haunting the box office.