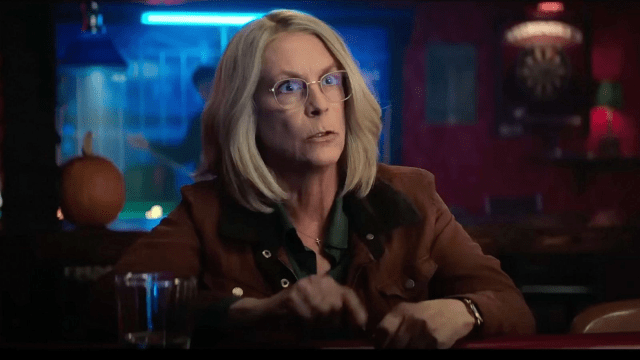 With Halloween Ends now available to public eyes, many horror fans will be spending this weekend saying their reluctant farewells to Jamie Lee Curtis‘ Laurie Strode, who quickly became the face of the final girl archetype back in 1978 when she first went toe-to-toe with Michael Myers in John Carpenter’s original Halloween film.

Forty-four years on, and Curtis is filling Laurie’s role with as much tenacity as ever; indeed, the Halloween franchise simply wouldn’t have been what it is today without Curtis’ decades-long commitment to portraying the horror protagonist.

Of course, Curtis is a wearer of many hats, and some have wondered if Laurie is the only character that she was set on reprising in the long run. In an interview with ComicBook.com, the actress candidly remarked that she would be all too happy to revisit some of her other characters, noting that her work is a self-sufficient source of her enthusiasm.

“I would revisit any of them. They’re not real people; they’re characters in movies. I would be curious to see what creative people do with certain characters. I love my job. I love working, I love crews, I love creation. Every movie I’ve ever done, if they said ‘We’re doing a sequel,’ I would be like ‘Great!’”

The actress would certainly find no shortage of material or interested parties to make such reprisals happen; perhaps Helen Tasker could find herself in the action hero slot if a sequel to True Lies ever came about, or maybe Kim Hammond from the 1980 film Prom Night could be at the center of a sequel that doesn’t tarnish the name of the original for once. And, of course, everybody and their mother continues to hold out hope for that Freaky Friday sequel.

Halloween Ends is currently playing in theaters and streaming on Peacock.