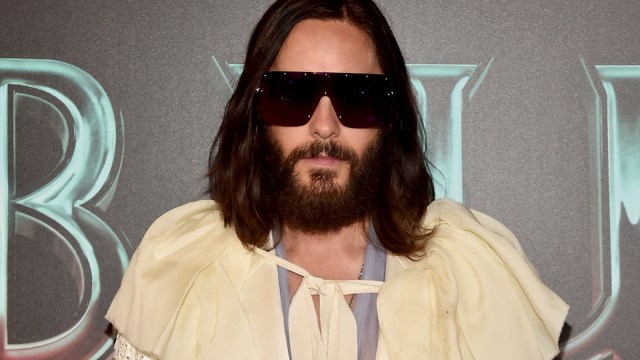 It’s been an interesting year for Jared Leto to say the least, with the polarizing actor “winning” a Razzie for his work in House of Gucci, before headlining one of the year’s most talked-about movies. Unfortunately, that picture was the dreaded Morbius, but a new report claims the Academy Award winner is getting into the Disney business by boarding next year’s Haunted Mansion.

Given the tales of Leto’s method madness stretching back decades, we’re genuinely concerned about what he might do when it comes to playing a ghost. Is he going to hold seances? Try astral projection? Perhaps bury himself six feet underground for an extended period of time to get into character? The answer to all of these questions and more is probably not, because One Take News offers that it’s a voice role only.

As per the initial story, the 50 year-old will reportedly be seen in paintings dotted around the titular abode as Alistair Crump, better known as the Hatbox Ghost. While the spook itself will be created using CGI, Leto’s voice will be coming out of its mouth. Did we expect to see the king of the Morbheads lend his talents to a family-friendly supernatural blockbuster? No, but it would be an understatement to call the eccentric thespian unpredictable.

Maybe Leto will even try and find his way to Kevin Feige’s office at Mouse House HQ to pitch himself for the multiversal madness of Avengers: The Kang Dynasty and Secret Wars, seeing as the Sony superhero dud flopping twice in theaters has made sequel chances slim to say the least.