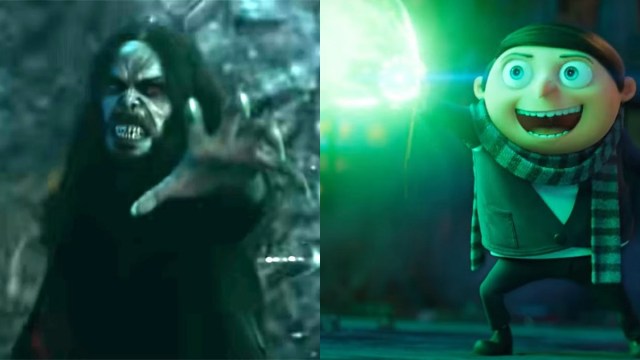 Just when you thought Morbius had proved fairly definitively that memes don’t make money, along comes Minions: The Rise of Gru to smash several impressive box office records, and launch a brand new online phenomenon in the process.

Of course, the latest chapter in the animated series was destined to bring in big bucks given the multi-billion dollar success enjoyed by its predecessors, but none of the previous Despicable Me films or offshoots had generated quite such an ironic wave of momentum.

Whether it’s the widespread “tickets to see Minions: The Rise of Gru” memes that took over social media across the weekend, the overwhelming volume of TikTok content, review-bombing of a wholesome nature that gave the family favorite top marks on every platform that accepts user ratings, or dozens of patrons turning up suited and booted for screenings, the little yellow bastards have been laughing all the way to the bank.

The Rise of Gru has already earned more in its first weekend than Morbius did during its entire theatrical run, too, in addition to seizing the all-time July 4 weekend opening record after debuting to $128 million domestically. Naturally, the built-in appeal and brand awareness played a huge part, but it’s nonetheless interesting to see the difference in how a self-aware, ironic, and tongue in cheek marketing campaign can pay off in hugely lucrative fashion.

Sony will no doubt be left exasperated at the way Illumination’s latest has captured the online zeitgeist, but the key difference is that crowds were actually interested in seeing Minions: The Rise of Gru, something that can’t be said of Morbius.