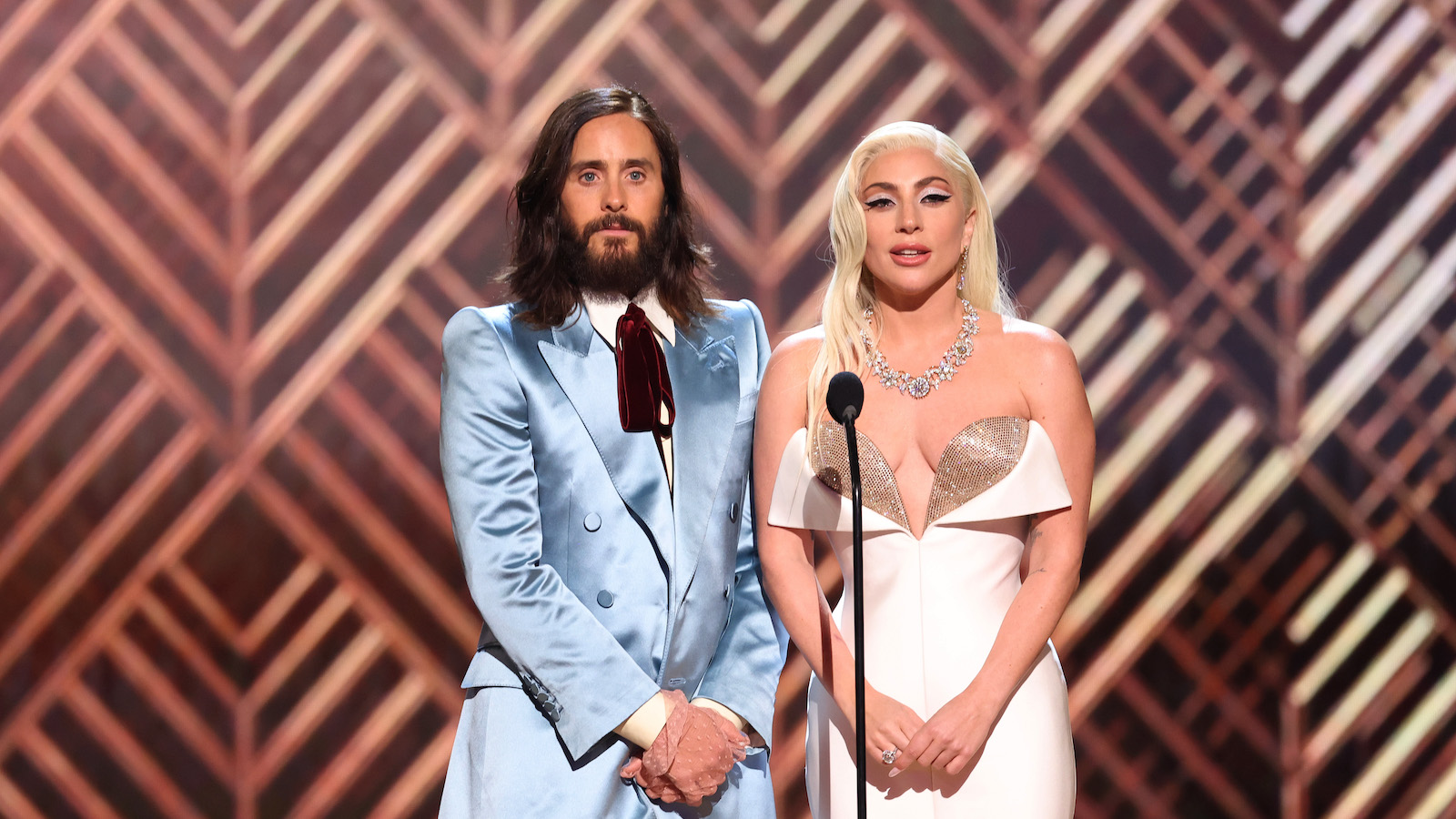 The effervescent oddity of a man Jared Leto has caught attention again today, for a truly outlandish outfit for the 2022 SAG Awards.

The star of the endlessly delayed Morbius has shown up to the Screen Actors Guild Awards in an outfit that fans think to reminiscent of both Colonel Sanders and a Youth Pastor.

Leto took to the stage with fellow House of Gucci star Lady Gaga to present an award, while also earning a nomination for Outstanding Performance by a Male Actor in a Supporting Role, though he lost out to CODA star Troy Kotsur.

Twitter had a field day in mockery of Leto’s interesting awards attire.

House of Gucci is currently up for a myriad of awards at the 2022 SAG Awards ceremony, including Outstanding Actress nominations for Lady Gaga, and Outstanding Cast for the entire ensemble.