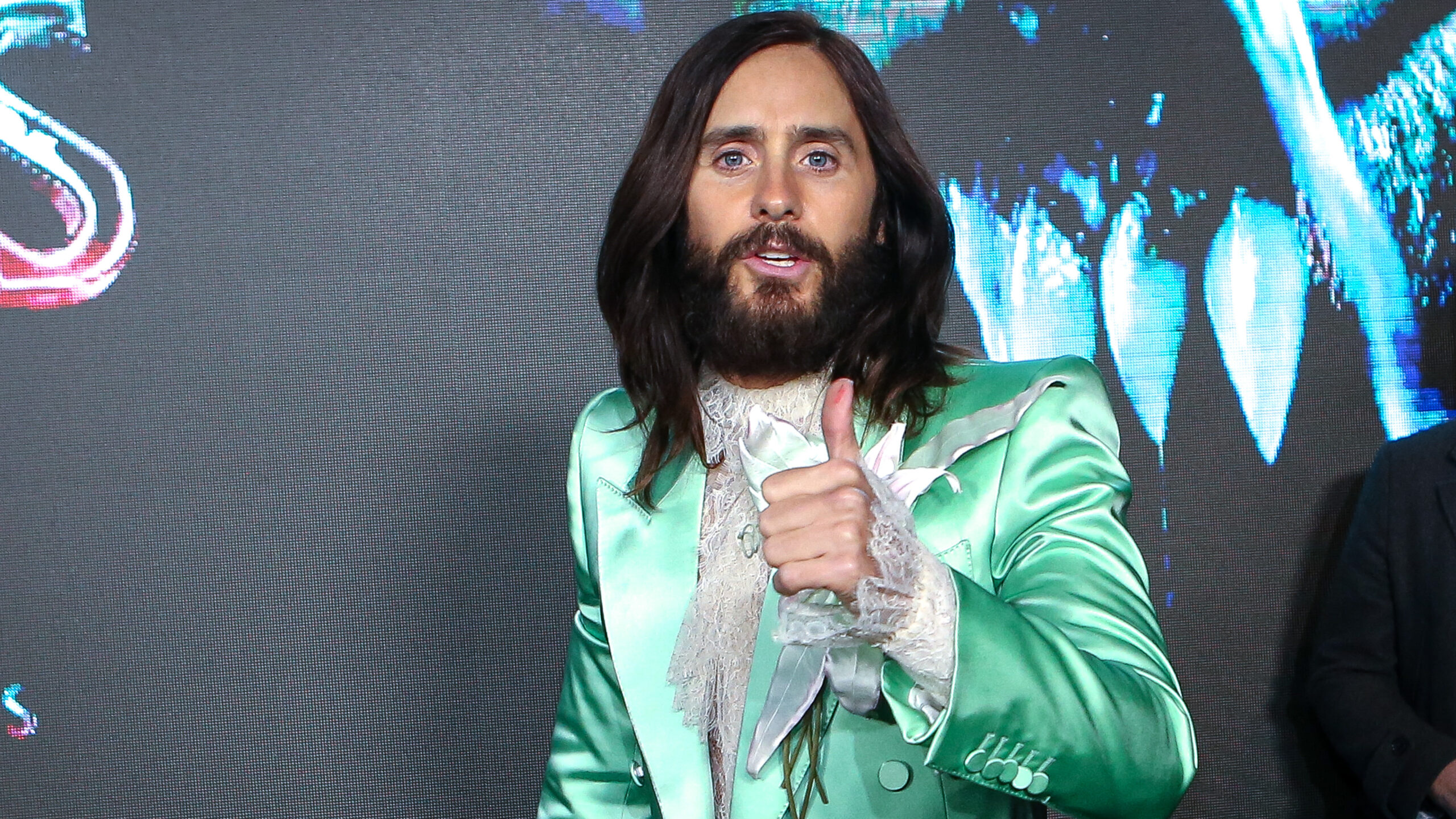 Ahead of the release of Morbius next week, star Jared Leto says he’d be willing to duke it out with all three Spider-Men from the movies: portrayed by Tom Holland, Andrew Garfield, and Tobey Maguire.

The trio of web-slinging actors previously shared the screen for the box office behemoth Spider-Man: No Way Home. And since Morbius is in Sony’s interconnected Spider-Man Universe, and arose originally from Marvel comics as the web-head’s foe, it seems entirely possible the bloodthirsty character could go toe to toe with Peter Parker himself in a future film.

Leto went on to say he isn’t “scared” to handle all three Spider-Men, but that Holland’s version of the character in particular “seems quite fitting” for a potential follow-up story of the biochemist-turned-vampire.

“I would love to see them get in the ring with one another, these two characters. I think Tom’s just, you know, done a phenomenal job and he’s a great actor and he just brings a lot of energy and humor to the role,” he said.

While the SSU does have connections to Marvel, Spider-Man: No Way Home actually takes place in a separate cinematic universe, the Marvel Cinematic Universe. However, No Way Home‘s multiverse-collapsing plot did bring the SSU’s Venom, played by Tom Hardy, into the MCU, so it’s certainly possible for Morbius to face the webslinger on screen one day.