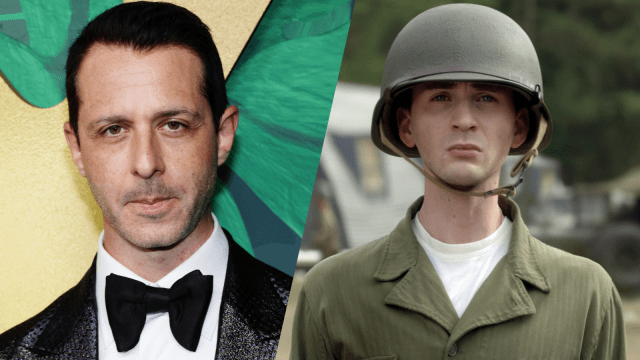 Chris Evans quickly turned into a Marvel Cinematic Universe icon with his time spent as the first Captain America, Steve Rogers. It all started back in his first Marvel appearance, Captain America: The First Avenger, in which his character undergoes a drastic physique change, going from scrawny pushover to chiseled adonis in the space of minutes thanks to the super soldier serum.

As it turns out, the role of the former skinny Rogers went through a few different options back when the film was casting, and Succession star Jeremy Strong was in contention for it – but alas, he turned it down.

After Strong had auditioned for a role in Cowboys vs Aliens, he was then asked if he was interested in the Skinny Steve role. While the actor considered it considering the financial situation of an actor trying to break ground in Hollywood, he turned it down after feeling that what he had to offer wouldn’t be valued, per his conversation with The Times.

For those unfamiliar with the trivia of how Skinny Steve came to be in the film, Chris Evans did not do an insane Christan Bale-esque body transformation all for the sake of one movie.

Instead, Evans’ face was added onto the face of a body double in post-production using CGI, with the skinny body role eventually going to Leander Deeny rather than Jeremy Strong.

Of course, it all panned out in the end for Strong, who would go on to land a number of landmark roles in films and TV shows like Succession, The Big Short, and The Gentlemen.

Strong joins Anthony Hopkins and Anne Hathaway in the “Oscar-bait” film Armageddon Time, which is currently showing in theaters.