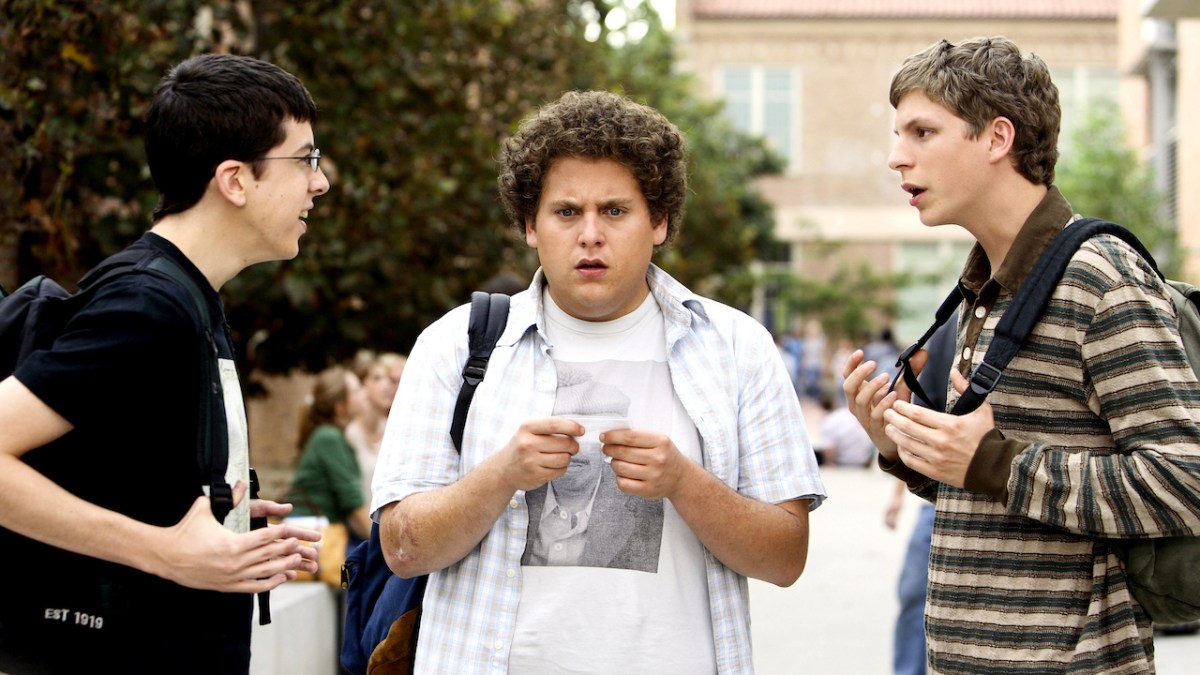 Jonah Hill revealed during a recent interview with W Magazine the one condition that would influence him to reprise his role as Seth in a Superbad sequel.

When Superbad was released in 2007, the movie has generated $170 million globally at the box office. Since then, potential sequel talk has been batted away by the cast and crew. During Hill’s interview with the publication, he recounted the moment he knew his first starring role would change his life forever.

“Yeah. I lived in an apartment near Canter’s Deli, in Los Angeles, and there was a Superbad billboard above my little-ass apartment. Every day, I would walk to Canter’s to get sandwiches, and no one knew who I was, but there was a billboard with me on it right there! It was nuts. I kind of got this vibe, like, whoa—shit’s about to be really…different.”

When Hill was asked about the possibility of a sequel, the actor shared that he would only return if the characters are in their 80s. “I haven’t pitched this to anybody. What I want to do is, when we’re like 80, do a Superbad 2. Like, ‘old-folks-home Superbad.’ Our spouses die, and we’re single again. That’s what I want Superbad 2 to be, and that’s the only way I would ever make it.”

Hill is the oldest of the three leads at 38, compared to 33 year-old Cera and 32 year-old Mintz-Plasse, which means we’ve got at least another 40 years to go until we find out if we’re getting a Superbad sequel or not.