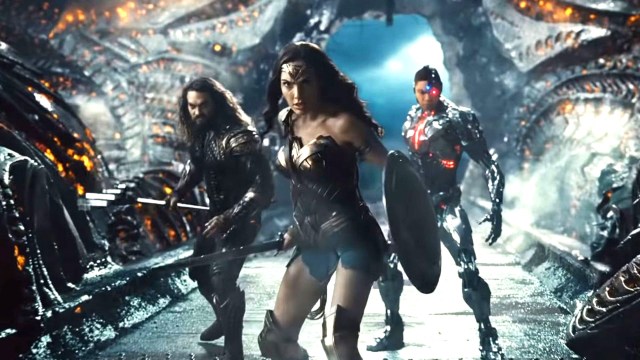 Jurassic World: Dominion is now available to purchase in digital and physical forms, with the release boasting an ‘extended edition’ that adds a bunch of new stuff to the movie. Character interactions are fleshed out, the pacing has been tweaked, and there’s a smidgen of new dinosaur action. Director Colin Trevorrow is certainly pleased with it, going so far as to jokingly disown the theatrical cut.

Now, in a new interview with Comicbook.com, the stars have discussed their favorite director’s cuts and extended editions, with one pick likely to have a certain passionate fan community jumping for joy. When asked to pick her favorite, DeWanda Wise, who plays pilot Kayla Watts in Dominion, named Zack Snyder’s Justice League:

“I mean besides the whole Zack Snyder moment of it all? That’s the most recent version that I can think of that I was like ‘oh, yeah, I really enjoyed that.'”

Last year Zack Snyder’s Justice League surprised audiences and industry insiders twice. The first time was that it existed at all, as most confidently assured us there was no way Warner Bros would spend millions reworking a film that already underperformed. The second was that it was surprisingly great, with critics admitting they enjoyed Snyder’s bombastic mythological take on superheroes.

Colin Trevorrow and Bryce Dallas Howard had their own good picks too. Howard chose Ridley Scott’s ‘Final Cut’ of Blade Runner, which polishes the dystopian sci-fi classic to a mirror sheen and is universally regarded as the finest version of the film to date.

Trevorrow also plumps for a Ridley Scott movie with the director’s cut of Kingdom of Heaven, though admits he hasn’t actually seen it. C’mon Colin, if you’re going to recommend a movie, at least get around to watching it!

The extended cut of Jurassic World: Dominion is now available from all the usual places.