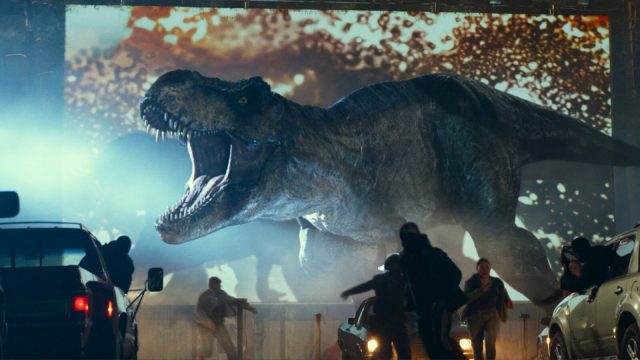 Jurassic World Dominion wasn’t a good movie, per pretty much everyone, but at least its goofy dinosaur action was entertaining…kinda. We liked seeing the Jurassic Park trio of Alan Grant, Ellie Sattler, and Ian Malcolm back together, the bonkers Maltese super-raptor motorcycle chase scene, and the extremely silly dino-on-dino showdown in the finale.

Dominion clawed back an impressive $975 million at the international box office, meaning it’s come just short of joining the other Jurassic World movies in the billion-dollar club (it may yet get there). But despite its global success, director Colin Trevorrow is now telling fans to avoid the theatrical cut in favor of his newly released extended version:

The extended cut features 14 new minutes of footage, most of which seems to add some depth to the character relationships, in particular fleshing out DeWanda Wise’s pilot Kayla Watts. There are also some transitional beats that make the movie flow better, as well as a handful of new dinosaur moments.

For those that hated Dominion none of that is likely to change their mind on the film, though we should note that there are several director’s cuts and extended editions that do radically improve movies. The one that springs to mind is the ‘Ultimate Edition’ of Batman v Superman: Dawn of Justice, which is a vast upgrade on the choppy and confusing theatrical cut.

Perhaps Jurassic World: Dominion will get the same benefit. Either way, you can find out now, as the extended edition is now available on Digital, 4K Ultra HD, and Blu-Ray.