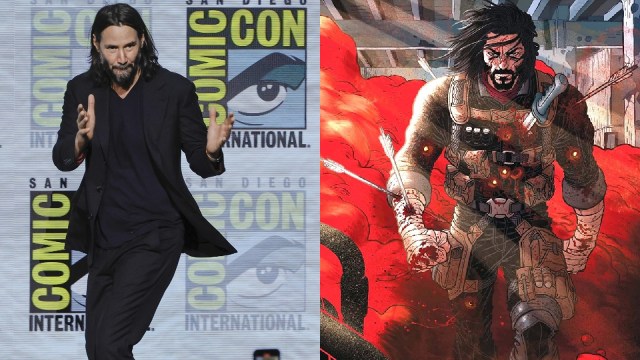 Comic book creators being unfairly remunerated for their work when blockbuster live-action adaptations hit the big and/or small screens has become a hot topic of conversation recently, but it’s not a problem Netflix’s BRZRKR universe is going to have to worry itself with when the source material was co-created by A-list superstar Keanu Reeves.

Then again, the actor is known as one of the most kind and wholesome figures in Hollywood, so there’s a distinct possibility he’ll be making sure fellow key creatives Matt Kindt and Ron Garney are well compensated for their contributions. The Batman writer and Mother/Android director Mattson Tomlin is handling the screenplay for the futuristic action extravaganza, with Reeves revealing to ScreenRant how heavily he’s involved in the development process.

“Screenwriter Mattson Tomlin tells me he’s halfway through. He sent me page one, but then I already gave him a note on page one. But it’s a real collaborative process. Mattson’s gonna write it, and he has ideas. I’m excited to see what they do.”

Given that he co-created and co-wrote the Boom! Studios favorite, it’s no surprise that Reeves is on hand to offer his advice, suggestions, and notes as BRZRK begins to come together behind the scenes. Not only is a live-action movie in the works, but a two-season anime series has already been ordered by the streamer, so it’s a hefty commitment on the John Wick star’s part.

Both BRZRK projects will star Reeves as the mysterious B., who takes a side hustle fighting unwinnable wars for the government in exchange for gaining the answers about his past he’s been seeking for hundreds of years, which is one hell of a high concept.