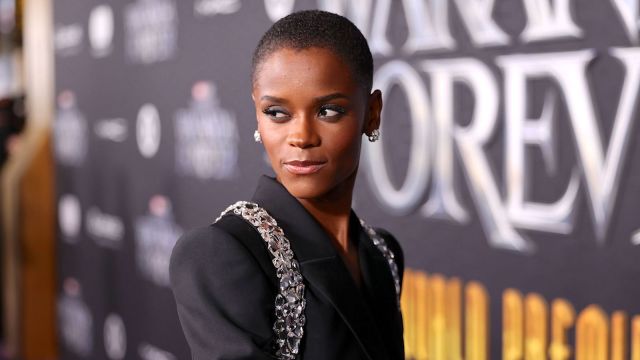 To say Black Panther: Wakanda Forever has been through hell and high water to get to where it is today would be the understatement of the century.

Writer and director Ryan Coogler had to completely scrap the original script following Chadwick Boseman’s devastating death in 2020, not to mention the emotional toll Boseman’s passing had on the cast and crew and everyone close to him. But the Marvel movie also almost lost its new lead Letitia Wright in an on-set motorcycle accident that Kevin Feige admits was “horrifying” and Wright refers to as “traumatic.”

The incident occurred in Aug 2021 and at the time was downplayed by Marvel as just “minor injuries,” but in an exclusive interview with Variety, Wright, Coogler, Feigie, and producer Nate Moor offered further context to the incident that proves it was anything but “minor.”

“It clipped a median and sheared the bike off, and it tumbled,” Moore said, referring to the “biscuit rig” Wright had been straddling during the on-set motorcycle chase sequence; a sequence that took not in front of a green screen, but in a real environment. Wright incurred a fractured shoulder, a concussion, and other undisclosed injuries. She was hospitalized and spent the following four and a half months in recovery.

“I’m still processing it,” said Wright. “I’m still working through it in therapy. It was really traumatic.”

Wright, who plays the character Shuri, T’Challa’s (Boseman) little sister, is very much a little sister to Coogler in real life as well. Discussing her accident does little to help the screenwriter put his emotions into words. “It was about how you can imagine. I mean, I love these actors. That’s me and Chad’s little sister. Imagine getting that call that your little sister’s hurt. It’s the f***ing worst thing in the world.”

Feige was also shaken by the incident. As President of Marvel Studios, he no doubts felt an insurmountable amount of responsibility for Wright’s accident and recovery. “It was horrifying on any production happening to anybody,” he said. “It was particularly harsh on this production that was already, uh …emotionally strained.”

In the end, Wright returned to set in Jan. 2022, and with the help of “great, great medical support” and “great patience on set” she was able to finish filming. “I’m just extremely proud of myself. I’m extremely proud of Ryan, of the team, for just the resilience — overcoming adversities every step of the way. When I finished filming, I cried like a little baby.”

Wright’s story of triumph and recovery come hand in hand with the ongoing discussion about her vaccination status, a topic that plagued her in 2021 and one that both she and producers continue to dance around.

Black Panther: Wakanda Forever premieres in theaters this Friday, Nov. 11, and much to the relief of fans everywhere, sports one of the MCU’s best Rotten Tomato scores.