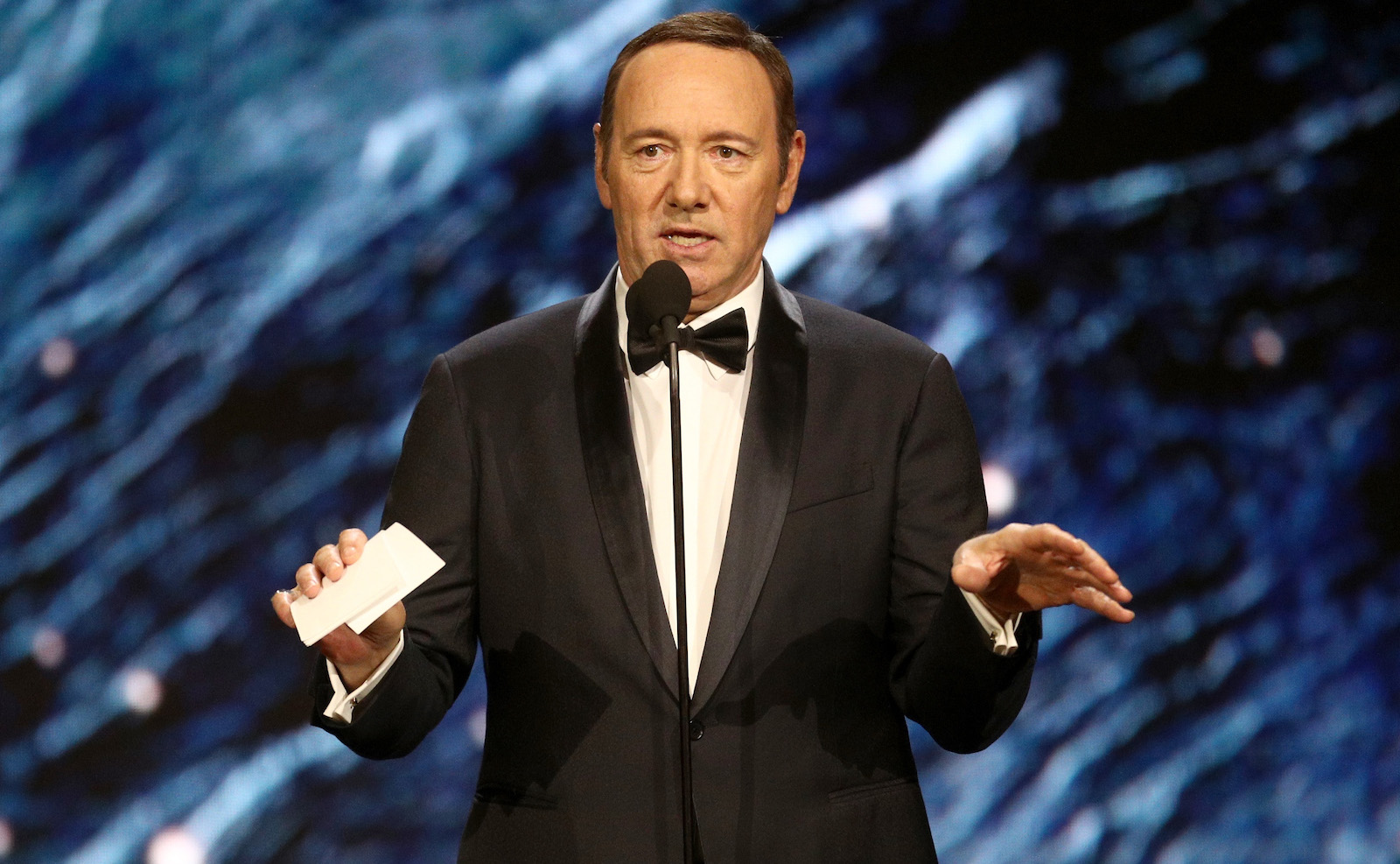 On the heels of actor Kevin Spacey questionably landing his first role in 1242 – Gateway to the West, that is, after multiple sexual misconduct allegations brought his career to a standstill, the controversial actor has now landed a second role in an upcoming project titled Peter Five Eight. And, the crowd goes mild.

As per Deadline, along with Spacey’s previously announced film, this project will also be championed in the Cannes market, where Spacey, Rebecca De Mornay, Jet Jandreau, and Jake Weber will star in the thriller directed by Zaiko Hall. The current synopsis is as follows:

Pic follows Sam (Jandreau), a seemingly poised and glamorous real estate agent in a small mountain community who is revealed to be an unhinged and troubled alcoholic with a dark secret. Spacey will play “a charismatic” stranger who arrives out of the blue at the behest of his powerful and shadowy boss, Mr Lock.

For some background, Spacey’s two-time Oscar-winning career came to a screeching halt when fellow actor Anthony Rapp accused him of sexual assault back in 2017. After a slew of similar cases against Spacey emerged, the now 62-year-old actor fizzled out from the silver screen and into the shadows, seemingly, until now.

Despite starring in Franco Nero’s The Man Who Drew God last year, Spacey’s career has otherwise taken a nosedive, with the actor only recently making appearances in court. Now, Kevin Spacey fans, however many remain, can eagerly await two future projects that will feature the House of Cards actor.