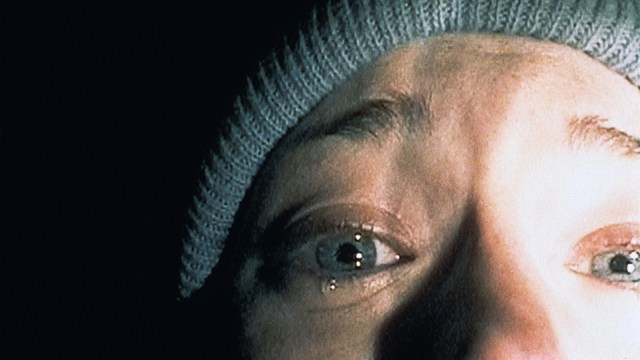 With exciting releases in the MCU in the form of Black Panther: Wakanda Forever, it’s quite easy for the spooky genre to take a backseat. Nevertheless, the horror genre is currently swirling with a string of intriguing updates — most of which have been festering within the catalog for some time now. And here at We Got This Covered’s daily horror roundup, it’s our duty to report the news in style. Over the last several days, an ever-popular Avatar: The Way of Water star graciously teased horror fans with a possible glimpse into the future of a favored genre franchise while a legendary found footage classic received a deserving reappraisal. We know, that’s a lot of news for one week.

So, be sure to open a new tab to book your Wakanda Forever tickets and hurry on back as we dive into the latest updates in the spooktacular genre.

Upon its initial release back in 1999, The Blair Witch Project successfully terrorized moviegoers with its “real-life” events that centered around a group of friends creating a found footage film to locate the Blair Witch — an ominous urban legend with a vengeful past. However, despite being billed as based on actual events, the story was obviously made up, which many folks back in the audiences were unaware of. And in a recent Reddit thread, horror fans debated how people actually believed that the movie was real. In response, a plethora of users mentioned compelling arguments, insisting that the film’s marketing campaign was spot on and that the internet had not yet become the phenomenon it is now. Go figure.

As the entire world gears up for James Cameron’s long-awaited sequel Avatar: The Way of Water, horror fans have gravitated toward the cast announcement of Stephen Lang, who starred as the notable antagonist Norman Nordstrom in both Don’t Breathe flicks — a character in which Lang is apparently reprising once more in the future. In a recent interview, Lang revealed that he certainly plans on delving into the mind of the aforementioned character for the third installment in the horror franchise. And while no other announcement for the feature has been made yet, we’ll certainly hold on to hope for the upcoming chapter.

Even successful supernatural horror staples eventually come under the radar

Despite overwhelming praise and legacy status, sometimes even the most worthy supernatural contenders are picked apart for lackluster writing and a weak narrative. This was essentially the case for 1987’s Angel Heart, which was brought under the microscope in a recent post on the r/horror platform. Unsurprisingly, opinions were split right down the middle, with moviegoers divided on whether or not the film was actually a success. Its box-office performance would disagree, of course, seeing as the movie failed to ring in as a cash-grab for the genre. Still, years later, Angel Heart is still receiving a fair amount of acclaim, which has to count for something.

Creep on back here tomorrow, Blair Witches, for an all-new daily horror roundup.