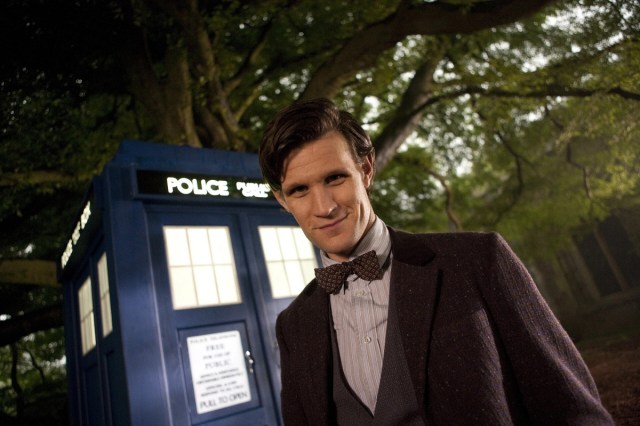 Image via BBC
Review of:

Doctor Who fans have just realized that Matt Smith’s first season as the eleventh incarnation of the titular character is brilliant for a number of different reasons and deserves more recognition. Frankly speaking, the Raggedy Doctor could do with a bit more praise. Not that his tenure isn’t already as popular as all the rest of them, but some of his stories definitely rank among the underrated Who roster.

Meanwhile, Star Wars fans are once again hilariously ripping into the title of Episode II – Attack of the Clones and how it misrepresents the entire narrative. Their alternatives aren’t any better than what Lucas came up with, mind you, but it’s never a boring day when we think about the ridiculousness of Star Wars titles.

These days, David Harbour is best known as the father figure to a superhero on Netflix, but that doesn’t mean the man isn’t going to don the cape himself and take it out for a spin every now and again. In a recent interview, the actor revealed that he hopes his MCU debut and any subsequent appearance as Red Guardian will be enough to atone for the horrendous Hellboy reboot.

“I mean, I don’t know that your palate is ever really cleansed,” he said. “Life is a series of failures and successes, both of which stay with you, but the failures, mainly, lodge themselves deep into your core and remain there forever. So [Red Guardian] cleansed as much of my palate as possible.”

Star Wars movies aren’t exactly famous for their naming conventions, but among the nine movies that have graced the Skywalker Saga in history, Attack of the Clones has the most nonsensical title ever. What does the attack of the Clones mean? Does it refer to the battle on Geonosis? Is it simply referring to their conception? Didn’t they basically come to rescue the Jedi at the end of the movie? Why does the title make them out to be the villains in the story?

Well, if these questions have also haunted your thoughts for almost two decades, then you’re in good company. Star Wars fans have been offering alternative titles over at the official subreddit, though none that could help the middle act of the prequel trilogy out of its predicament. This might be the winner out of the entire bunch: “Aggression of the Copies.”

Following up David Tennant’s amazing act, Matt Smith felt a lot of pressure coming into the role of the titular protagonist on Doctor Who in 2010. The fact that he was younger than any Doctor in history also contributed to a lot of skepticism surrounding his debut, but the British thespian absolutely crushed those doubts as early as his first episode. Matt Smith would go on to have an amazing first run thanks to Steven Moffat’s brilliant overarching narrative for season 5, an intricacy that has now caught the attention of Whovians.

They say retrospect is the great harbinger of revision, so maybe more folks will look back fondly at Jodie Whittaker’s tenure as the Thirteenth a few years down the road.