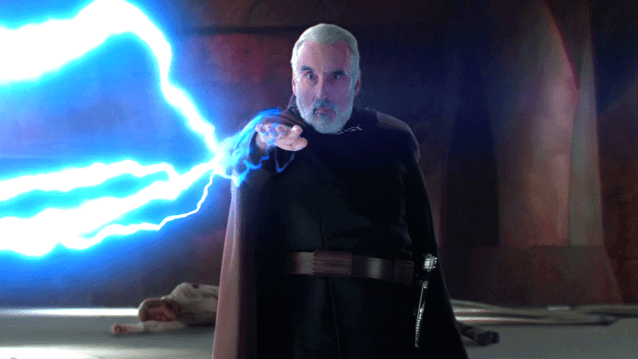 Yesterday saw one of the biggest drops in Star Wars media in a long time, with a new episode of Andor and the six-part Tales of the Jedi animated show giving fans a lot to digest. Historically, the CG shows have been a little hit-or-miss, though with The Bad Batch they’re now hitting a consistently high quality.

As such, Tales of the Jedi didn’t disappoint. We liked Dave Filoni filling in some blank spots in Ahsoka Tano’s prequel-era story, but the real star of this show was Count Dooku. The Attack of the Clones villain didn’t get the screen time he deserved in that movie. Although he’s a major player in The Clone Wars, this look back on his time with Qui-Gon Jinn and his gradual disillusion with the Senate and Jedi Order was compelling viewing.

‘Star Wars’ triumphs in multiple categories at the Saturn Awards

The Bad Batch scored an unexpected win for Best Animated Television Series (triumphing over front-runner Arcane), and Ming-Na Wen scored the Best Actress in a Streaming Series gong for The Book of Boba Fett.

Ming-Na Wen later said she loves playing Fennec Shand, but was surprised to win due to The Book of Boba Fett being a limited series and the competition being so fierce (the expected winner was Elizabeth Olsen for WandaVision). She summarized her win nicely as “the icing on a beautiful geek cake.”

All in all, we imagine some champagne corks were bouncing off the Lucasfilm office ceiling.

Tales of the Jedi adds a crucial backstory to Christopher Lee’s prequel trilogy villain, showing why be betrayed the Jedi and allied himself with Darth Sidious. One key factor in his decision appears to have been the death of his former padawan, Qui-Gon Jinn, whose warnings about a new Sith Lord were ignored by the Jedi Council. That inaction arguably led to his death at the hands of Darth Maul, and Dooku clearly brooding over it as he mourned in the wake of The Phantom Menace.

These scenes make the Attack of the Clones scene in which Dooku attempts to turn Obi-Wan Kenobi to his side all the more tragic. Dooku sadly says:

“Qui-Gon always spoke very highly of you. I wish he were still alive. I could use his help right now.”

He then goes on to wonder whether his former padawan might have joined him in abandoning the Jedi code, telling Obi-Wan that he’s sure Qui-Gon would have been as disgusted with the Senate and Jedi as he was. Lee performs this beautifully, his words all the more poignant now that we know the full depth of their friendship.

I guess given that Qui-Gon’s now a Force Ghost, Obi-Wan can ask him directly what he thought of Dooku’s actions.

Finally, on a lighter note, fans are wondering how safe was Yoda’s youngling training regime. They point to the scene of him training younglings in Attack of the Clones, which sees a room full of blindfolded children waving around lightsabers. We needn’t remind you that a lightsaber blade will cut through flesh like a hot knife through butter, so are there a bunch of limbless younglings just out of frame?

Fans are quick to point out that they’re probably using training lightsabers that merely sting, though it’s worth noting that this explanation doesn’t actually appear in the movie itself. Another theory is that Yoda is using the Force to ensure the children don’t harm themselves or each other.

Another more mercenary take is that this might be a process of Darwinian selection for the Jedi. Any youngling that manages to lose a finger or worse should probably be shuffled off to the Jedi janitorial department rather than put into active service.