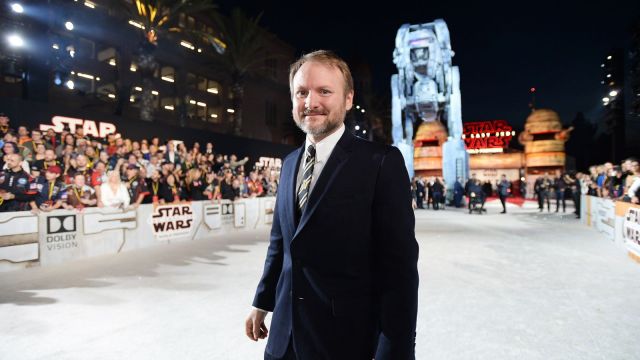 We’re positively itching for tomorrow’s penultimate episode of Andor. After ten straight-up banger episodes full of the best dialogue in Star Wars seen in years (decades?), beautiful scenery, incredible acting, and stunning cinematography we’re expecting some fireworks before next week’s season finale. We should see both the ISB and Luthen closing in on Cassian Andor, with both sides wanting him for their own dark reasons.

That’ll be on the way in just a few hours, but until then we have the news that The Last Jedi‘s Rian Johnson still considers his Star Wars trilogy to be in development, a sneak peek into the plotlines of Andor season two, and some insights on how Andor director Toby Haynes made that Imperial work prison facility so oppressive.

In late 2017 Disney and Lucasfilm were so happy with Rian Johnson’s The Last Jedi that they greenlit an entire trilogy to be written and directed by him. The vitriolic fan reception caused those plans to be put on the back burner and since then there haven’t been any firm updates on what’s happening. Johnson went on to create Knives Out and then did an eye-watering $469 million deal with Netflix for the rights to the sequels.

The first of these, Glass Onion: A Knives Out Mystery, had its L.A. premiere last night and Johnson took questions from the press. When asked about his Star Wars trilogy by Variety he said:

“Right now I’m focused on this, the next thing I write will be the third one of these but I’m still… we’ve got years, we’re young men, look at us. Making Star Wars was the high point of my life and so I still pray to god I’ll be back there someday.”

He was asked the same question by The Hollywood Reporter:

“I had the best experience of my life making and putting out the Star Wars movie that I did. I’m still talking to Kathy Kennedy and at some point in the future it’s my goal to be back in that world, I love it so much.”

Johnson also discussed how Star Wars has evolved in the half-decade since The Last Jedi:

“Just as a fan it’s a pretty exciting time right now. I think about all the stuff that’s being made. I think about Andor right now, I think about Leslye Headland making a show, and that’s going to be something none of us can imagine. I think there’s just a plethora of completely different stuff instead of just one thing we’re getting a smörgåsbord where you can choose based on what kind of thing you like.”

Any new Rian Johnson Star Wars is likely to be met with intense controversy from the fans who still haven’t forgiven him for The Last Jedi. However, with the dust now having settled on Disney’s sequel trilogy consensus is beginning to build that it’s the best of the three, though admittedly the competition isn’t particularly strong. Here’s hoping this long-in-development project finally starts moving in the latter half of the 2020s.

Andor season two will show Cassian learning to be a leader

When Andor wraps up its first season next week the excitement of the finale will be tinged with sadness that we won’t see any new episodes of the show until 2024. Though we know Cassian Andor’s ultimate destiny on Scarif the rest of the story and the show’s supporting characters are more mysterious. We like this crew so much we hope all them make it through to season two, which is about to begin filming in the U.K.

Showrunner Tony Gilroy is playing his cards close to his chest about exactly what’ll be in the second season and who’s back, though did drop some big hints in an interview with Rolling Stone:

“The first year is really about him becoming, and the last line of this tranche of 12 episodes will sum up where we’ve been trying to get to. And we come back a year later. It’ll be very different. The next four years [of story] are not about becoming a revolutionary. They’re about learning to be a leader and how difficult it is to put the alliance together and what happens to people who are the original gangsters versus the establishment and a lot of different other issues.”

We know from Rogue One that even just before A New Hope there are still deep divisions within the Rebellion between the terrorism of Saw Gerrara and the more traditional methods of Mon Mothma, so we’re hoping the show gets deep into this territory and shows the many different ways the Empire can be fought.

One other element we know (also via Gilroy) is that the season will feature the Rebellion base on Yavin IV from which the attack on the Death Star was launched. We don’t want too many nostalgia-fuelled callbacks, but it’ll be nice to see the familiar surroundings from 1977.

The Andor season two shoot begins on Nov. 21 so we may know more details as the sets are built.

While we’re on Andor, here’s an interesting tidbit of information from Toby Haynes, who directed episodes 8-10. These comprise the prison arc on Narkina 5, which is one of the most horrifying detention facilities we’ve seen in science fiction in a long time. Rather than a grimy hellhole, this was a pristine tech facility that resembled a gigantic cleanroom, with the prisoners made to do endless forced labor in constructing some mysterious Imperial doohickey.

To keep everyone in line the floor can be electrified, which means the prisoners (and thus the men playing them) had to go barefoot. This put restrictions on what the cast could do, as Haynes explained in a new interview:

“They were stuck on that set, that corridor, the whole day, and they were all in bare feet. I tried it out myself. When you walk along that steel floor for the first time in bare feet, you feel vulnerable. The studio is not a friendly place for somebody who’s not wearing shoes, you know? There’s a lot of stuff that can fall on you. So they felt like they were very much at the mercy of the machine and they couldn’t run off and use their phones or anything. So it’s like they were stuck there and I think that really informed the performance.”

Judging by the excellent performances from the actors playing the inmates (including the many extras) we’d say mission accomplished. The Narkina 5 arc should go down as the best arc in Andor season one, though perhaps the two-parter to close out the season is going to blow our socks off to such a degree that even this will be left in the shade.

See you tomorrow for that penultimate episode!