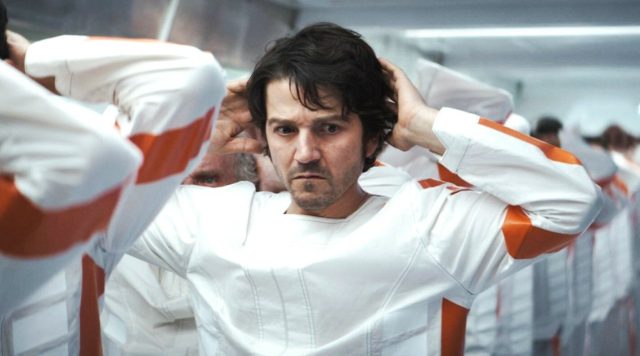 Andor‘s three-episode prison arc was one of the best Star Wars stories we’ve seen in years. After the show’s seventh installment saw Cassian arrested for no reason and sentenced to six years behind bars, we got a glimpse into one of the most miserable detention facilities seen onscreen for years.

The gimmick was that this isn’t some grimy hellhole, but a pristine white work environment featuring electrified floors, with the prisoners treated as replaceable machinery to assemble some unknown Imperial technology. They only sleep, work, and suck nutrients from a tube (the best-performing team is rewarded with flavor!).

Our intrepid hero busted out of there in episode 10 with the help of Andy Serkis’ Kino Loy in a truly intense prison break sequence that’s cemented Andor‘s reputation as the cream of the Disney Plus Star Wars crop. Now Toby Haynes, who directed the whole arc, has gone into detail in an interview with IndieWire on how the shooting environment informed the cast’s performances.

“You can see that in the prison. They were stuck on that set, that corridor, the whole day, and they were all in bare feet. I tried it out myself. When you walk along that steel floor for the first time in bare feet, you feel vulnerable. The studio is not a friendly place for somebody who’s not wearing shoes, you know? There’s a lot of stuff that can fall on you. So they felt like they were very much at the mercy of the machine and they couldn’t run off and use their phones or anything. So it’s like they were stuck there and I think that really informed the performance.”

He also impressed that he wants every moment to feel immediate:

“[Every scene] needs to feel like it’s really happening right now, right in front of your eyes, and we’re just lucky enough to glimpse it with the camera. That’s the feeling I want to get. And so when I come to set, I want to get it on its feet as quick as possible, see a rehearsal, and try and just sit there and watch it from as many angles and many positions as I can, and then look for those opportunities for how I can use the camera to tell the story.”

It’s safe to say he succeeded, and no matter how Andor‘s final two episodes go, the show will have been worth it for this arc alone.

Tomorrow will see the penultimate episode air. Luthen and Vel are still out to kill Cassian as they consider him a loose end from their heist earlier in the series, with the ISB also closing on him as they gradually pick their way through his friends and family. Those two forces are likely to clash this week, and fireworks are sure to fly.

We can’t wait, but it’s going to be a long and painful wait for season two, which is shooting now and will arrive in mid-2024.