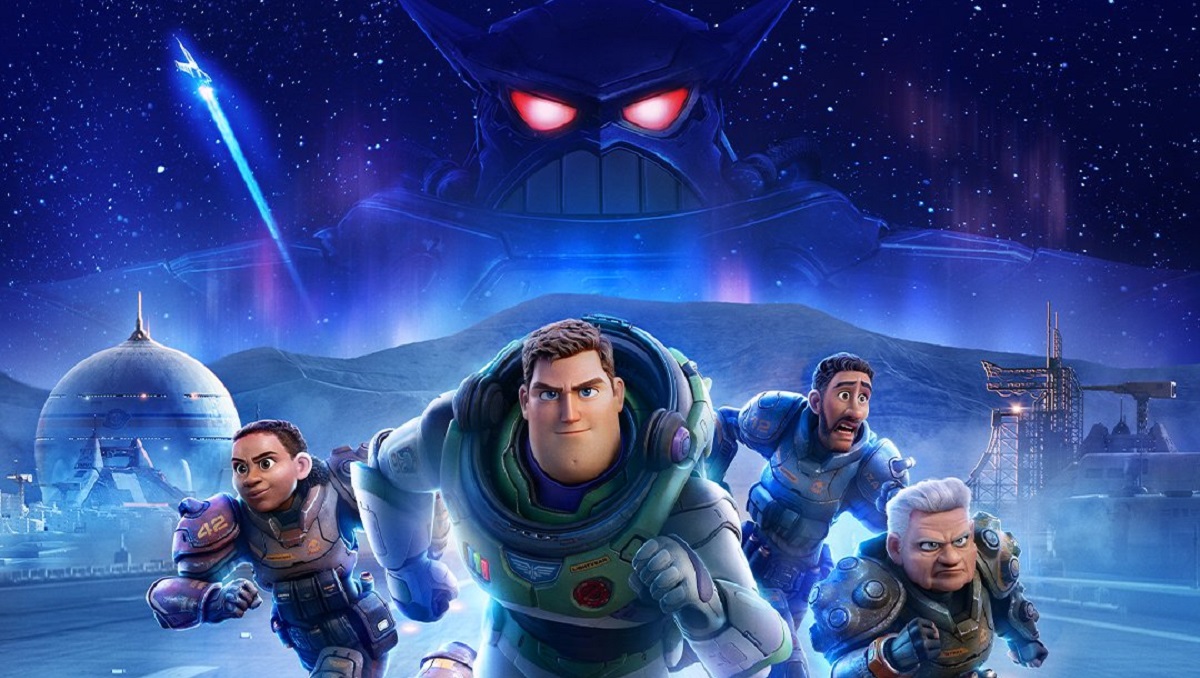 Much has been made of Buzz’s redesign in Pixar’s Lightyear , with fans losing it when we got our first look at Buzz with hair in the film’s teaser trailer.

But he’s not the only classic Toy Story character who’ll appear totally different in this spinoff sci-fi adventure. The Space Ranger’s eternal enemy, Evil Emperor Zurg, sworn enemy of the Galactic Alliance, has also had a facelift. Though he’s been mostly kept out of the marketing, it’s clear that the scourge of Star Command is looking a lot more intimidating these days.

As has been stressed many times by this point, Lightyear is supposed to be the movie that the action figures from Toy Story are based off. So how come the new Zurg looks nothing like his toy? Director Angus MacLane revealed his take on this while speaking to Murphy’s Multiverse. MacLane suggested that the toys were based not on Lightyear but on the old (and unfairly overlooked) Buzz Lightyear of Star Command animated series, which ran in the real-world from 2000-1. As he explained:

“Well, I imagine the version from Toy Story 2 is from the cartoon that the Toy Story Buzz is from. In the same way that the Buzz Lightyear of Star Command cartoon show, that Zurg looks more like the Zurg that we know from Toy Story 2.

The new Zurg is much bulkier and more robotic than his action figure counterpart, but MacLane stressed that both are drawn from different anime traditions. And he would know, as it turns out MacLane actually had a hand in designing the original Zurg during his stint as a Pixar intern back in the day.

“Interestingly, I started as an intern [at Pixar] in January of ’97, and the first thing I got to do was actually help design Zurg the robot. That one is a little more influenced by the kind of jumbo machinder Japanese toy. It has a little more of that kind of design language… Whereas our Zurg has a little bit more influence from, I would say, more of a real robot influence from Japanese anime. It’s a little bit more Patlabor or Gundam.”

New 'Lightyear' Poster and Images
1 of 7

In addition to his bulkier stature, Zurg’s sartorial choices have also changed as his flowing cape and fetching skirt have been ditched for Lightyear. MacLane confirmed that it was immediately decided that the skirt had to go, as it didn’t fit how they were attempting to expand Zurg from a deliberate Darth Vader/cartoon villain spoof into a fully-fledged threat.

“There are things that we needed to do narratively. Like, he can’t have a skirt. That was done for goofiness in movement for [Toy Story 2]. We needed him to have legs, but if he puts his legs together they kind of form the skirt. The cape we dealt with in a different way. So we wanted to kind of take that idea and bring it into our world, but still make it awesome. I go, ‘what would be the coolest way to make Zurg?’. So we changed the design, but kept it in the language of this film.”

The other big alteration about Zurg is that he’s now voiced by the legendary James Brolin, who’s taking over from Pixar filmmaker Andrew Stanton (who played him in Toy Story 2) and Wayne Knight (the Seinfeld star took over in the aforementioned Star Command cartoon). We’ve yet to hear Brolin’s vocals in the trailers, but we’re betting the Sweet Tooth narrator will bring a whole new gravitas to the part. Though, to be honest, we’re kinda going to miss that skirt.

Lightyear is in theaters from June 17.