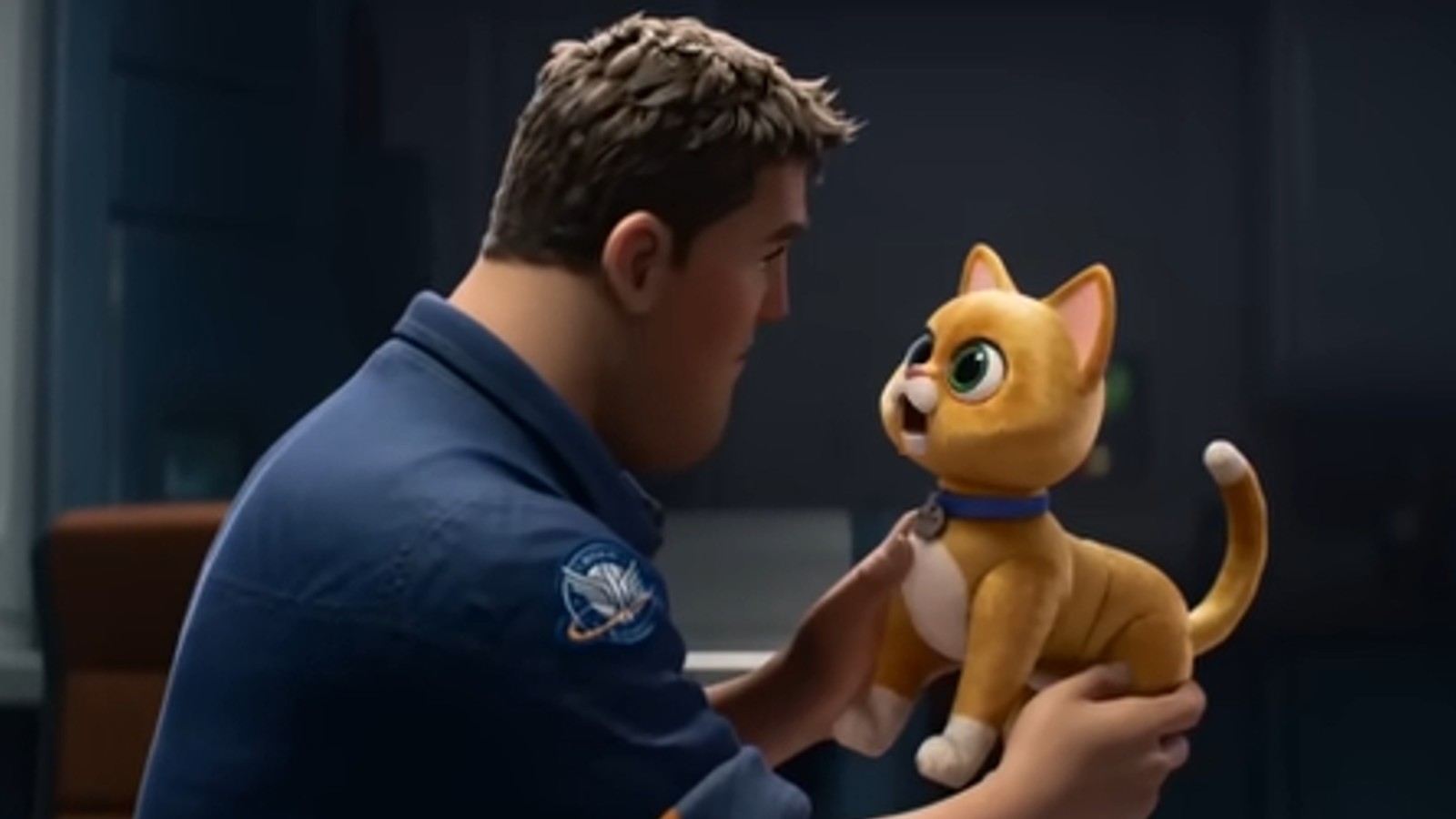 The robotic feline Sox has stolen the hearts of many fans, but Lightyear director Angus MacLane shares that things could have been much different for the character.

In an interview with Murphy’s Multiverse, MacLane discussed who could’ve taken the place of Sox, and why they ultimately decided against it.

“It used to be Buzz didn’t bring Sox with him, and he landed in the future, and the first interaction he had was with a robotic dog. It was a Zurg Hound, and then the only weapon he had was a survival kit from his ejection seat and the survival kit had an IVAN-like personality.

She would comment on whatever he selected from the survival kit. So he’d grab the flare gun, which is still in the movie, but originally the flare gun was like, “oh, flare gun, excellent choice!”. Like that kind of thing. So it was constant, but ultimately he’d have to shove the whole suitcase into the robot’s mouth and I think that’s what killed it.”

Buzz (Chris Evans) first meets Sox (Peter Sohn) when he takes him out of a case and it activates, which spooks the man. Sox tells the Space Ranger that he’s his personal companion robot, issued by Star Command to ease his transition after his time away. The cat then tries to get Buzz to open up, but at this point, he really just wants to be left alone.

It was clear that Sox would steal the show from Buzz with his cuteness and sympathetic nature, and it’s hard to imagine another character in the spotlight over the robotic feline. The Zurg Hound would’ve had a different relationship with Buzz, and as Toy Story fans know, the Evil Emperor is Buzz’s mortal enemy, so the name would’ve inspired more concern than anything else.

The story will reveal the definitive origin of Buzz Lightyear as he journeys through the galaxy with a team of recruits. It’s quite possible that this could lead to more adventures, and Evans has his own ideas about which Toy Story character should get their own spinoff.

Lightyear blasts off into theaters June 17.