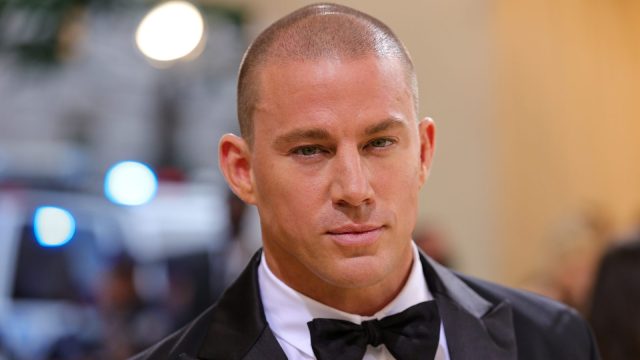 Will this truly be Mike’s last dance?

Sure, this title says that’s the case for Channing Tatum’s titular character, but we know by now, comebacks after retirement happen, more often than we realize.

While there was already one film (a documentary at that) with a title befitting such a thing, The Last Dance, which was about another Mike, that was about a different kind of athlete and team of people rallying together to entertain crowds – Michael Jordan and the Chicago Bulls. And that Mike came back from retirement to dance again, twice in fact.

All this is to say with the upcoming third iteration of Tatum’s world of magical dancing men coming to theaters, it’s yet to be seen if this will be the last time we see Tatum reprising his Mike Lane role. The original was better than most expected and gained quite a following, leading to the sequel, Magic Mike XXL. As for this third edition, called Magic Mike’s Last Dance, when can we expect to see it on the big screen, and just who is coming back for the third movie in this illuminating trilogy?

At first, the third Magic Mike movie was going to be hitting streaming either exclusively or at the same time that it hit movie theaters. I suppose there was just enough hype — and immense star power (we’ll get to that) — to boost the movie back to an exclusive theatrical release for thongs, I mean throngs, of crowds to go and see the film in all its glory on the big screen.

It probably also helps that the timing of the release will be around one of the more magical times of the year as well, just around Valentine’s Day. On Friday, Feb. 10, 2023, Magic Mike’s Last Dance will be released nationwide at cinemas just in time for those feeling the love and lust in the air to snag some seats to see where this tail ends.

After that, it’s expected that the movie will come out as a video-on-demand option for people to watch in the comfort and privacy of their own homes, almost definitely on HBO Max (the movie is an HBO Max original). Once it’s gone through the full theater and VOD rounds it’ll probably be a free watch with a subscription to HBO Max.

As of now, it doesn’t look like anyone from the original movie is on board for the third film, though we wouldn’t rule out any unannounced or even uncredited cameos popping up in the film, even just for an instant. We know for a fact that the third one will bring in Salma Hayek for what looks to be a big role, and from there, there are some lesser-known names as the movie seems to be more focused on what’s going on in Mike’s life since he called it quits following the events of the last film and what was then his and the crew’s last dance at the end of Magic Mike XXL.

Considering the movie moves away from the familiar confines of Tampa Bay, Florida, and Myrtle Beach, and is set across the pond in England, it actually might be a stretch for some of the bigger names to just happen to be in London as well.

A new trailer came out on Nov. 15, and there’s plenty to glean from the glistening dance moves of Tatum and the others.

Following Tatum and company’s first last dance in Magic Mike XXL, it appears that he moved on and set up shop in Miami, where he’s tending bar. While at work, he tends to a seductive customer, Hayek, who just happens to be into what Mike’s into as well. Since he can’t seem to quit dancing and stripping, he gives her a private show, leading to the two deciding to go all the way to England to create a brand-spanking new show at a famous London theater.

The theatrics appear to be bigger, bolder, and even a bit more ridiculous somehow based on the trailer, which mirrors some of what Tatum has said about the third film deviating from reality a bit more than the first two films.

More on the world of Magic Mike

A big reason the original film struck a chord with audiences on a large scale is definitely due to Tatum’s familiarity with the stripping world thanks to his earlier experiences working as one before making it big time on screen. His penchant for great comedic timing doesn’t hurt, either.

Yet Steven Soderberg being on board for the first one as director, as well as the cinematographer, under the name Peter Andrews, and the editor, under the guise of Mary Ann Bernard — turns out Soderberg wanted to have some fun with some stage names as well perhaps — absolutely lent a lot of credence and prestige to a movie that might not have been a big draw on the premise alone.

The first two installments of the trilogy are already streaming on HBO Max for those who want to tango and get immersed in that world once again before hitting up the third. Don’t forget, you can probably scrounge up some scenes from Magic Mike Live as well, which was the brainchild of Tatum, too, and did quite well as it tracked across the world with lively performances.