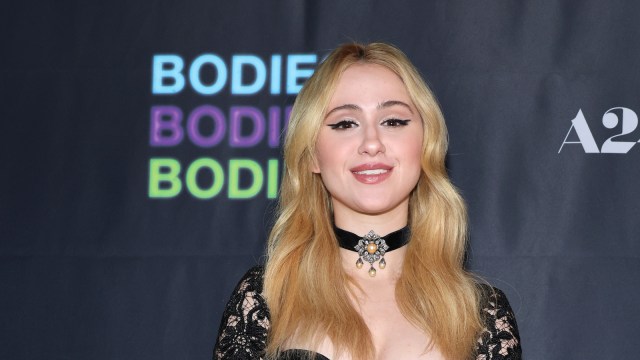 Actress Maria Bakalova began in Bulgaria, got big with Borat 2, and, now she’s heading back to where she started for a new comedy. It is called Triumph and is inspired by true events which took place in the nation right after the fall of communism.

Deadline Hollywood reported news of the entertainer headlining and producing the project today. The film will have a dark undercurrent and tells a version of the true tale of a task force of Bulgarian army officers and psychics who went to the village of Tsarichina and did some excavating from Dec. 1990 to Nov. 1992. They were supposedly searching for treasure, abandoned the project, and sealed it with concrete, but since then, locals and foreign investigators have claimed there is a paranormal phenomenon in the community. Some have alleged documents related to the project have been destroyed.

Bakalova, whose film Bodies Bodies Bodies is currently in theaters, is paired on the project with Shadow and Bone’s Julian Kostov and the piece will be directed by award-winning filmmakers Kristina Grozeva and Petar Valchanov. Filming is currently underway and Kostov and Bakalova got into the project with noble intentions. Their Five Oceans production company aims to tell Bulgarian, Balkan, and Slavic stories while normalizing foreign accents on screen and shedding negative stereotypes associated with characters from the area internationally.

Triumph does not currently have a release date as of this story’s filing. Bakalova will be seen next in Guardians of the Galaxy Vol. 3 while Kostov has Search and Destroy and The Last Front on his docket.