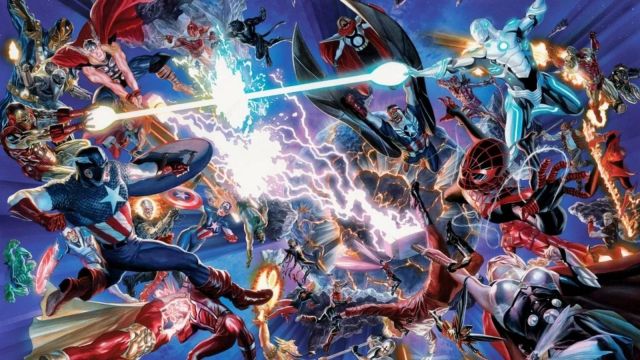 It is common knowledge that Marvel Studios took inspiration from the comics when producing the MCU films. But what if I told you that the events of the MCU were predicted a long time ago, years before Disney bought the popular comic book company? And it all happened during Thanksgiving.

An old recording of the Macy’s Thanksgiving Day Parade in 1987 has resurfaced online, showing that the parade featured a float from Marvel Entertainment. The float featured familiar characters we know right now like Captain America and The Hulk. But despite it looking like a generic “heroes vs. villains” performance, this parade float may have predicted what’s to come in the MCU.

The segment featured two characters — Wolverine and Doctor Doom, both have been confirmed to enter the MCU around Phases Five and Six. Magneto was also seen, and while X-Men wouldn’t be coming out anytime soon, there have been references to mutants in Phase Four.

It is also important to note the music used in the video. If you listen carefully, it’s the theme song for Back to the Future, composed by Alan Silvestri, who would later compose the soundtrack for Avengers: Endgame. Funnily enough, Back to the Future was mentioned in Endgame when Bruce Banner discussed how time travel worked with the Avengers.

This cannot just be a coincidence at this point. Marvel Entertainment must have known what they were doing or Disney and Marvel Studios watched old marketing material and were like, “Yes, good idea. Let’s do what that float did.”

However, this float was from 1987. That means that the Marvel Comics event, Secret Wars, has already concluded. The events of Secret Wars were published between May 1984 to 1985, meaning that all the Marvel superheroes faced Doctor Doom, Magneto, and all the iconic villains in this crossover event. The float may have been recreating those moments from the comics, despite it being published two years prior.

That doesn’t explain the odd coincidence of Silvestri’s composition playing in the background. Perhaps it could hint at his possible return to the MCU once Phase Six comes to a close with Avengers: Secret Wars. But for now, fans have to wait till 2026 to see if that prediction will come to fruition.