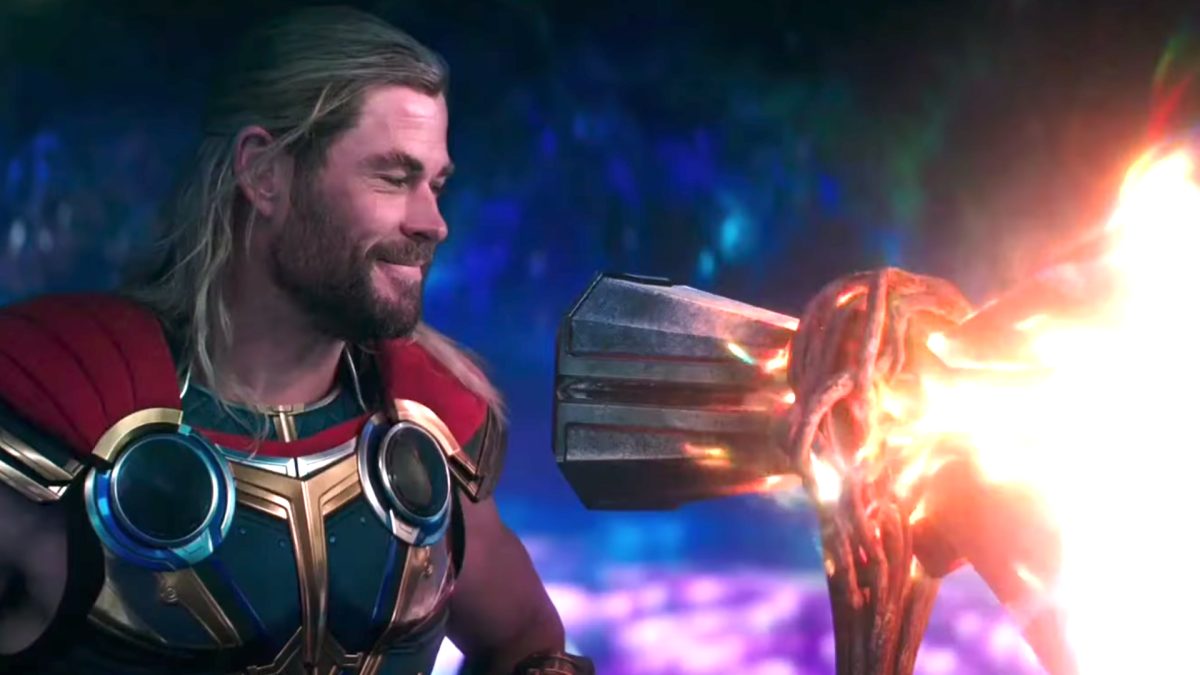 The MCU is a lush and expansive world, leaving fans with plenty of minor details to discuss.

Fans of the cinematic universe delight in examining its most minute inclusions, particularly as fresh releases work to pack as many nods, Easter eggs, and hints toward future films in as possible. The latest detail to stir up conversations online regards Thor’s method of flight, and his pick between two magical weapons.

Through the majority of the MCU, Thor has used his mythical hammer, Mjølnir, to aid his flight. Typically, his takeoff is preceded by a moment of dizzying spinning, as he whips the hammer around in a circle, before launching himself into the sky. It has been indicated, at numerous points throughout the films, that Thor is largely able to fly due to Mjølnir’s assistance.

So why then, following his hammer’s destruction at Hela’s hands, is Thor still able to fly? He uses his second magical weapon, Stormbreaker, to similarly carry him through the air, but no spinning is necessary. Marvel fans are highlighting this detail via a post to Reddit’s Marvel Studios sub. The post in question ponders why, “if Thor is able to fly using Mjolnir by spinning it,” Stormbreaker doesn’t require a spin before takeoff.

The answers are widespread, but largely lean on the mystic qualities of both weapons. The most popular answer appears to be that “spinning it isn’t what makes him fly. Throwing it and holding onto it makes him fly.”

So, it’s not the act of spinning that gives Thor—or his weapons—the momentum they need to fly, its just a fun, fidgety thing Thor does before launching himself into the air. There were some pondering about Thor’s ability to toss, versus his ability to jump, in further comments, but most people seem to agree that the spinning isn’t a necessary step to achieve flight.

Quite a few people are leaning on a different theory, however. By the time he inherits Stormbreaker, Thor is one of far too-few Asguardians left. Half of his people, including his father and brother, are dead by the time Thor secures his new weapon, and this leaves Thor to inherit much of the power left behind by Odin. There’s also a quote from his father that helps to explain Thor’s grasp of things like flight, in which he notes that the hammer was never the source of Thor’s power. It merely helped him to focus it, and Stormbreaker does much the same.

The most vital detail to remember, when pondering the differing qualities of mystic weapons, is that they are pumped full of magic. Magic weapons, regardless of their shape or ability to be spun, can pretty much do whatever filmmakers decide they want. Stormbreaker wouldn’t pull off the spinning look nearly so well as its predecessor, so Thor simply tosses it—with unfathomable, godly strength—into the sky, and it pulls him along in its wake.