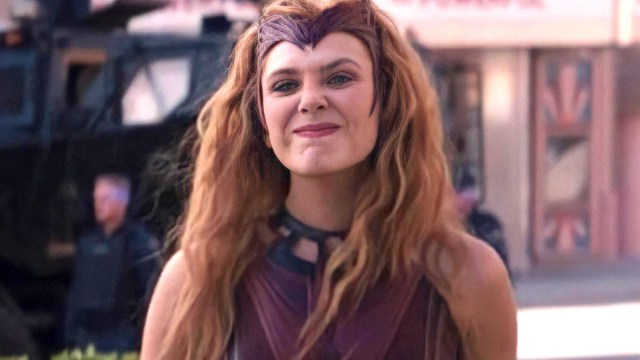 Marvel movies have never had to lean on the acting chops of their ensembles to rope in audiences, nor have they been particularly interested in creating scenes that highlight those performative talents, if there be any. Perhaps it has to do with the MCU‘s particular formula, which, when subjected to the cinematic medium, is often groundbreaking in many convenient respects.

Because when all is said and done, no fan actually goes to the theater expecting to be blown away by Captain America’s moving and Oscar-worthy performance. (Not that we have anything against Chris Evans, mind you, that was just an example).

That said, it seems like one actress has managed to become the exception that proves the rule. Elizabeth Olsen’s Wanda Maximoff has been stealing hearts ever since the character returned to give the Mad Titan a butt-whooping of epic proportions in Avengers: Endgame, and went on to spearhead her own spinoff show, WandaVision, but her significance to this interconnected narrative has now become a non-negotiable fact after stealing the spotlight from Stephen Strange in Multiverse of Madness.

Simply put, this is Wanda Maximoff’s world and we’re just living in it, a phenomenon that hasn’t gone unnoticed by the Marvel community. More specifically, the fandom has once again come together to praise Olsen’s animated face and range of expressions, which is aptly compiled in the Reddit thread you see below.

As long as we’re talking about the performances in Phase Four, one user has also pointed out that Oscar Isaac and Willem Dafoe were also brilliant in this regard.

The sudden ardent critics of MCU also seem to be out in force, so be mindful of where you tread in the community.

A lot of folks are wondering if the Scarlet Witch will be back for Avengers: Secret Wars, but I think the more important question is this: What kind of facial expressions will she sport from here on out, and how will they affect her character’s personality?