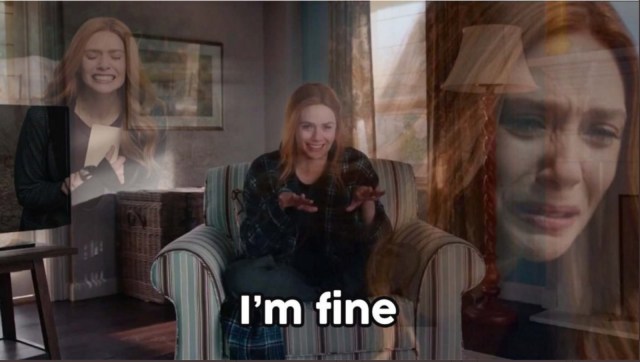 Marvel fans may have been disappointed with the D23 Expo, but the resulting memes have been glorious.

That sad, weeping sound you heard last night? No, that wasn’t the overworked and underappreciated Marvel Studios VFX department. Rather, it was the combined sound of all the fans who were waiting on some major D23 news. Unfortunately, Kevin Feige shot his biggest guns at San Diego Comic-Con, and we’re still reeling from those announcements. That set the bar quite high for D23, and fans could not hold back their frustration. On the bright side, it made for quality entertainment on social media.

Honestly, who wasn’t let down? Not getting even one shred of news regarding the X-Men and no Fantastic Four casting reveals did take the wind from our sails.

The main target for meme-makers was Thunderbolts. The comics told a story of what was basically the Marvel equivalent of DC’s Suicide Squad, what with supervillains opting to join a government-sponsored team rather than face prison time. Those same comics also gave us very high expectations for the MCU team, but what we got didn’t quite deliver the oomph fans had dreamed of.

When you think about it, the movie lineup does have a certain pattern to it.

Who noticed that Walter “Heisenberg” White was on the poster? I guess he really is the one who knocks. Actually, this would be a movie worth every penny for a ticket.

Anyone who has been waiting eight years for Man-Thing will certainly appreciate the Werewolf By Night trailer. In fact, it’s getting more positive reactions than the other Marvel announcements.

Speaking of Werewolf By Night…

At least one redditor saw the silver lining in the lack of FF casting news, as summed up in a brilliant Shaq meme.

Once again, it seems as though MCU maniacs may have gotten themselves a little too excited for D23, but that admittedly comes with the territory when Feige has built a reputation for dropping bombs anytime he takes the stage at a major public event.