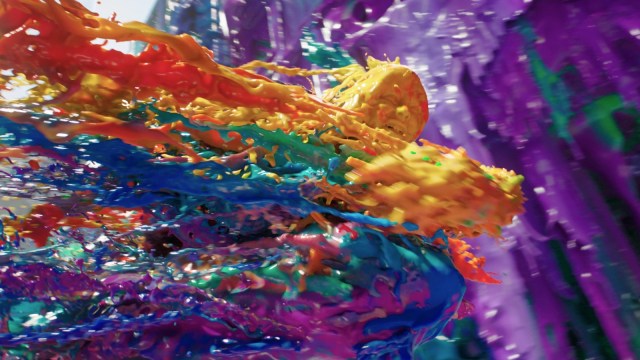 One of the recurring criticisms fans had with Doctor Strange in the Multiverse of Madness was that Sam Raimi’s superhero sequel arguably didn’t deliver on the promise of its title, with the majority of the action being split primarily between two universes, one of which was the Marvel Cinematic Universe’s established 616 timeline.

The Illuminati hailed from 838, which was almost identical to the standard world we’d been visiting since the summer of 2008, albeit with minor exceptions that included crossing the street on red instead of green, along with pizza in spherical form. The closest we got to diving right into the wackiness of the multiverse was restricted to a montage, which offered a tantalizing tease of what else exists out there in the vastness of reality.

One of the most bizarre was the universe where everyone and everything was made out of paint, and with Doctor Strange in the Multiverse of Madness now streaming on Disney Plus, fans have been led down the rabbit hole of wondering what life would be like.

As you’d expect, being able to eat was the number one concern based on the top-voted comment, along with the question of whether or not there’s any sentient life to be found. The most horrifying answer of all suggests that residents of the paint universe visit galleries and museums to look at artworks created out of human skin, which is something we really wish we hadn’t heard, because it’s a difficult thing to try and erase from memory once it burrows its way in.