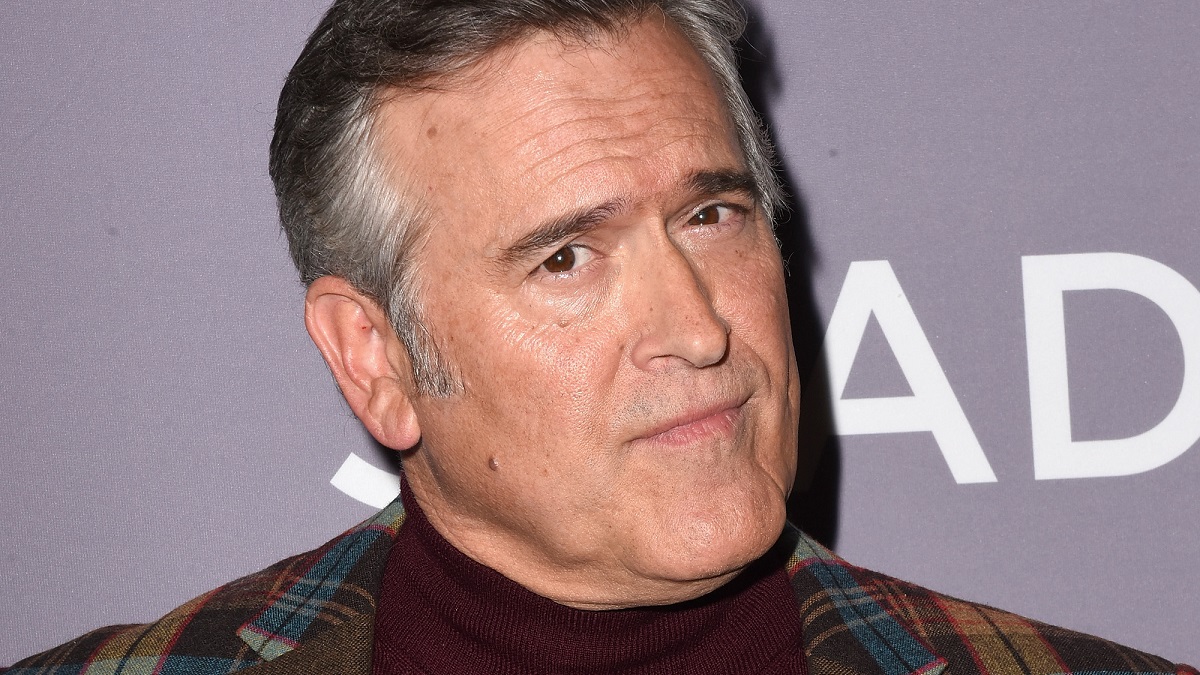 Even though he tried to cast doubt on whether or not he’d make the final cut, there was no way that Bruce Campbell wasn’t going to show up in Doctor Strange in the Multiverse of Madness. After all, he’d been teasing it for well over a year by the time the mind-melting blockbuster came to theaters, and Sam Raimi was never going to leave his longtime friend and collaborator on the cutting room floor.

In the end, Campbell showed up as Pizza Poppa, who ends up spending three solid weeks repeatedly hitting himself in the face after incurring the wrath of Benedict Cumberbatch’s title hero. As you’d expect given the actor’s status as one of cinema’s most prominent cult heroes, the bit-part player almost instantly took on a life of his own online.

Speaking to The Hollywood Reporter, the Evil Dead legend admitted in typically modest form that he always knew Pizza Poppa was going to be a hit, even if he continues to claim that he thought his scenes would be excised.

“I can’t believe I made it into the movie! I used to joke that Benedict Cumberbatch wasn’t sure he was going to be in the movie because they were constantly reworking the storyline and Sam had to shoot additional stuff that wasn’t in the original script, so it’s a shell game. I think it was always in the basic scene. We had to figure out what to do and how Doctor Strange would defeat him. The idea was he’s just some obnoxious guy and Doctor Strange has to teach him a lesson — which of course he does.

On the day, we figured it out, workshopped it, blocked it and shot the damn thing. As long as the Pizza Poppa gets paid, everything is fine. So as long as they’re not saying that they should get something for free, I’m fine with anything they want to do. Yeah, the memes are coming out already. You want something to be remembered. Maybe I’ll stop being the Evil Dead guy, and I’ll be the Pizza Poppa guy.”

“Pizza Poppa always gets paid” has already become a widely popular meme on social media, adding yet another memorable line of dialogue to a Campbell collection that’s positively overflowing at this point.