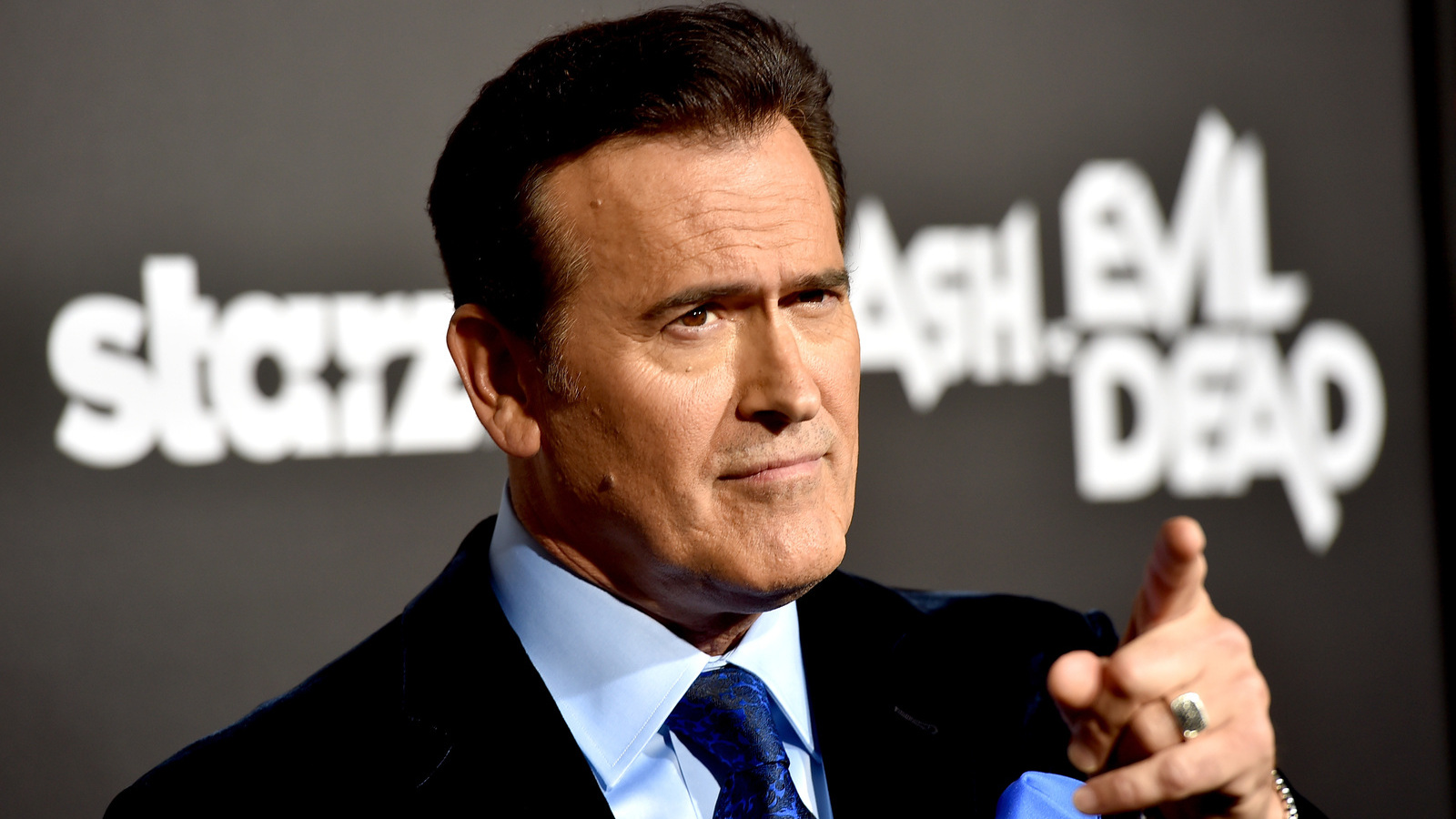 Where Sam Raimi goes, his “long-lost brother” Bruce Campbell is sure to follow, so we always knew that the Evil Dead icon was going to show up in Doctor Strange in the Multiverse of Madness. Thanks to his memorable walk-on parts in the original Spider-Man trilogy, Campbell has built himself up an almost Stan Lee-like side career of making Marvel cameos. But the actor has a tongue-in-cheek explanation for why his Doctor Strange 2 character might be his most important yet.

Campbell turns up during Strange (Benedict Cumberbatch) and America Chavez’s (Xochitl Gomez) excursion to Earth-838 as a mouthy street vendor running a stall called The Pizza Poppa who verbally blasts the sorcerer — until Strange spells him to keep on punching himself in the face. The movie’s final post-credits scene then returns to Campbell’s character once the spell finally wears off. In a fourth-wall-breaking moment, he looks at the camera and cries, “it’s finally over!”

On Twitter, a fan asked Campbell how the pizza guy measures up to his Spidey cameos, and the actor delivered a perfect pun of an answer. “Simple: The Pizza Poppa put an end to Dr. Strange.”

In the run-up to Multiverse of Madness, there were various theories floating around about who Campbell could be playing, with many hoping he might show up as a Strange variant. It is believed, though, that he was originally cast as Balder the Brave, a member of the Illuminati, before this was changed to The Pizza Poppa in reshoots. However, neither Raimi or Campbell themselves have yet to confirm this.

Some also wondered if he could appear as Mysterio, as per his canceled Spider-Man 4 cameo, something that Campbell has seemingly ruled out as a possibility in the future. While that’s a shame, at least — like the man says — he got to literally put an end to Doctor Strange.