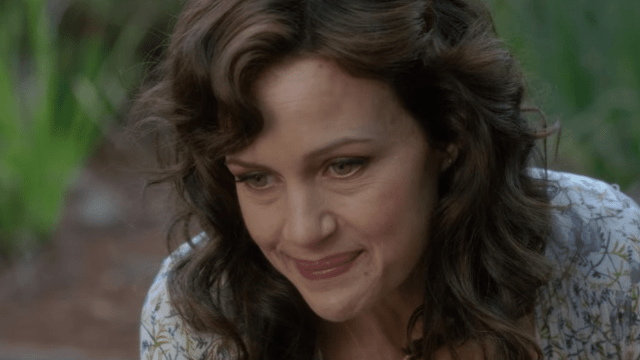 Mike Flanagan, the mind behind some of the greatest modern horror films and television series the world has seen in recent years took to Twitter to celebrate on the anniversary of one of his gnarliest ever movies.

Gerald’s Game turned five recently and is infamous for one scene in particular that manages to make even some of the most seasoned horror enthusiasts out there gag as they’ve just eaten some questionable chicken.

Flanagan’s relationship with Netflix existed for a little while before his wildly successful The Haunting of Hill House series came to the streaming service, firstly with 2016’s Hush, followed by Gerald’s Game in 2017. The former was a slasher film starring Kate Siegel as a deaf and mute author being stalked by a psychopath while alone in a cabin in the woods, while Gerald’s Game is an adaptation of a 1990s Stephen King novel of the same name, and took Flanagan’s horror in a more psychological direction.

The movie stars Carla Gugino and Bruce Greenwood as the titular Gerald, who dies of a heart attack shortly after the movie kicks off. In death, he leaves his wife Jessie (played by Gugino) handcuffed to a bed in an isolated lake house, where they went to try and rekindle their marriage which was petering out. Let’s just say, the method in which Jessie eventually gets those handcuffs off has definitely left a lasting impression on fans of horror, even five years after the film’s release.

Gerald’s Game wasn’t the only time Flanagan has had a go at adapting one of Stephen King’s stories, having also stepped into some pretty large shoes by way of following up Stanley Kubrick’s The Shining in 2019’s Doctor Sleep.

Following his continued success on the Netflix platform, we eventually came to see Flanagan’s two Haunting TV series come to the service, followed by the visceral and uncomfortable Midnight Mass, which was actually first teased back in Hush over six years ago.

Most of Flanagan’s aforementioned and mostly consistent horror stories are still available to view on Netflix, as fans prepare for the release of The Midnight Club, Flanagan’s next hotly anticipated TV series coming to the streaming service in about a week’s time on Oct 7. 2022.