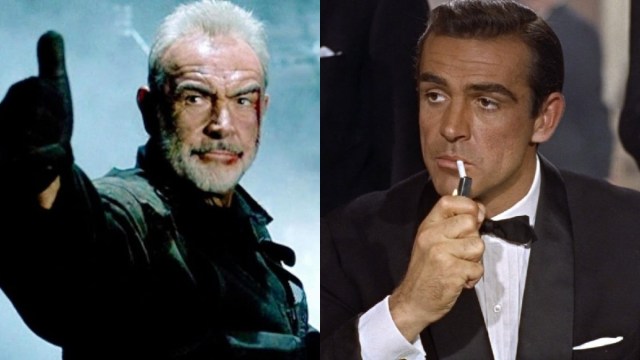 Sequels have been the lifeblood of Hollywood for decades, but what happens if two completely unrelated movies are actually connected in secret, surprising, or unexpected ways that laugh in the face of legality and copyright infringement to give birth to surprise franchises that make each individual installment even better in hindsight?

That’s the discussion that’s been gathering some serious steam on Reddit, and minds are being well and truly blown as all-time classics, acclaimed one-and-done features, and iconic blockbusters find themselves being retroactively canonized to create a brand new viewing order that’s guaranteed to enhance the viewing experience of everyone involved.

The conversation kicks off with the long-held belief that Michael Bay’s The Rock is a direct sequel to Sean Connery’s legendary tenure as James Bond, something a lot of fans have instantly embraced. Red Sonja is a Conan the Barbarian sequel in everything but name, but we might want to ignore that one seeing as Arnold Schwarzenegger actively despises it.

On the other side of the coin, it was confirmed that Jason Statham did cameo as The Transporter‘s Frank Martin in Michael Mann’s crime thriller Collateral, which is fascinating to contemplate. Similarly, Paul W.S. Anderson’s cult favorite sci-fi shoot ’em up Soldier directly ties itself to Blade Runner by mentioning the Tannhäuser Gate, giving them one more thing in common besides they fact they both bombed at the box office.

Post-apocalyptic nightmare Snowpiercer being a continuation of Charlie and the Chocolate Factory has spawned plenty of scholarly discussion, too, and Zoe Saldaña’s forgotten Colombiana was originally a script written for a sequel to Léon: The Professional. The world is full of batsh*t theories and tenuous ties, but more than a few suggestions do nothing but yield greater rewards upon rewatching the projects in question.