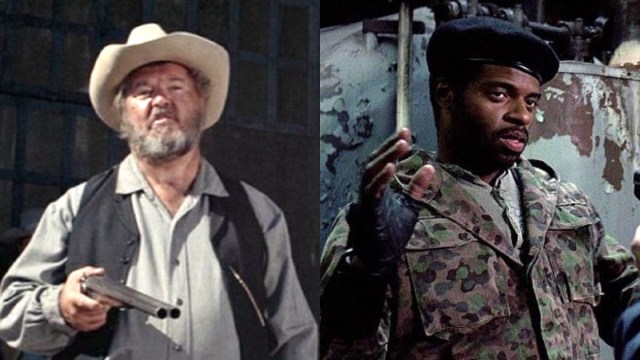 There’s an old saying that claims there are only a handful of stories to have ever existed in human history, with the basic tropes being reinvented in perpetuity to give off the impression that they’re brand new. You can apply that sentiment to almost every movie under the sun, but that hasn’t stopped minds from being blown after fans suddenly noticed that RoboCop bears a lot of similarities to a classic Clint Eastwood Western.

Paul Verhoeven’s 1987 favorite may have been a futuristic hybrid of violent actioner and jet-black satire laced with social, political, and societal subtext, but that doesn’t mean similarities with the 1973 great High Plains Drifter aren’t there if you look hard enough. For one thing, both revolve around a protagonist that’s attacked and left for dead, only to return from their certain demise to wreak havoc on those who wronged them.

There are even shared religious undertones, too, with Verhoeven making it abundantly clear on a number of occasions that RoboCop is a Jesus Christ story – with Peter Weller’s Alex Murphy literally walking on water during the final act after completing his resurrection. Similarly, Eastwood’s Stranger has been interpreted as either a ghost or the Angel of Death depending on which school of thought you subscribe to, adding even more weight to the theory.

Of course, there are inevitably detractors seeking to poke holes in the logic on Reddit, although one salient point also mentions Alex Proyas’ The Crow as another prominent example. Whether you agree or disagree with RoboCop and High Plains Drifter being cut from the same cloth, one thing that can’t be denied is that they’re both cinematic classics which continue to captivate the imaginations of fans everywhere decades after the fact.