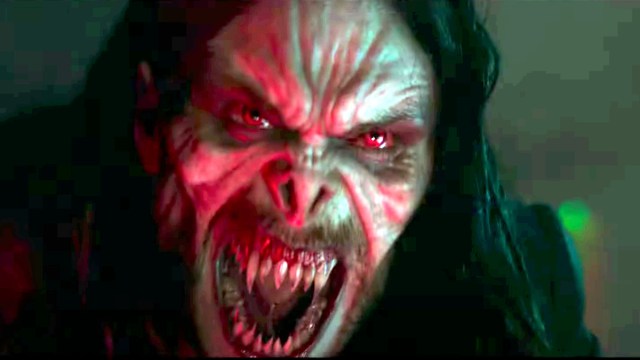 It goes without saying that Morbius is a motion picture with many problems, with the extensive reshoots resulting in a hurried, unfocused, and often very ugly comic book blockbuster that clearly cast aside various plot points and character beats in favor of… whatever we ended up with instead.

Fans are still mourning the loss of Tyrese’s bionic arm, which didn’t even factor into the final cut of the movie at all, while the pair of tacked-on post-credits scenes are widely regarded as two of the worst stingers in the genre’s history. The third act climax has also taken a battering, which is completely understandable when it relies on bargain basement CGI and an onslaught of bats that make it almost impossible to try and decipher exactly what the hell is supposed to be happening.

It can’t have been an ideal scenario for the VFX team, then, with supervisor Joel Behrens admitting to ComicBook that the studio-mandated reshoots didn’t exactly make his job easier.

“We had done some work on [the original scene], but not an extensive amount, because there were rumblings that they were thinking about changing the ending. So we had done some dev work and I wouldn’t say a lot of shot work on it. But we had done a little bit of dev work because it was supposed to be initially Central Park, in that field area that you saw.

I think they just felt it was better to have a kind of one-on-one state amongst a more interesting environment than sort of a park. It threw a bit of a wrench in us because then we had to build this fully CG environment, all of a sudden, which we went and we did reshoots. They built, I don’t know, maybe a 20 by 20 foot area of the floor with some of the rubble on it and debris. And then the rest was all blue screen. So we had to build pretty much the entire environment from scratch on that one.”

Suffice to say, it probably would have been better not to change the ending at the last minute, because the “epic” showdown between Jared Leto’s Morbius and Matt Smith’s Milo turned out to be a murky, anticlimactic clusterf*ck of the highest order.