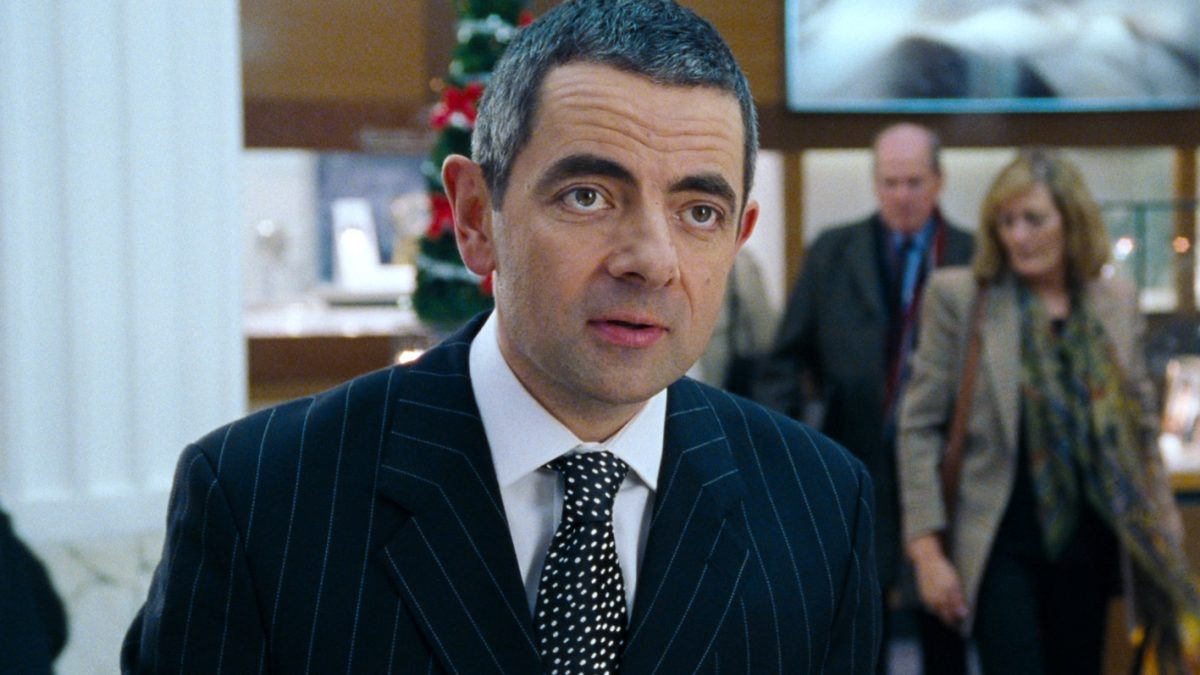 Sometimes spontaneous emotion is actually built-up bit by bit, building to a moment that couldn’t be created otherwise. Such was the case in one of the most beloved and treasured scenes for the annual holiday get-together movie, Love Actually.

Two iconic British stars, the cherished late actor Alan Rickman and Rowan Atkinson (widely known for his infamous character Mr. Bean), take part in a tet-a-tet that quietly pushed Rickman into further depths of frustration and nearly madness thanks to some plotting by director Richard Curtis and Atkinson – and Rickman wasn’t in on the joke, which makes his reactions that were caught on camera and used in the movie all the better.

In the small scene that played much bigger, Harry, played by Rickman, is shopping at the mall with his wife when they split up to do their own shopping. Harry, who is pining after another woman who he works with, ducks into a jewelry store to buy a gift for the other woman, and embarks in what would appear to be a straightforward and quick encounter with the shop keeper, played by Atkinson.

Atkinson’s character promises to wrap and adorn the gift in no time for Harry, who wants to get out of there with the gift quickly so as to not get caught by his wife, Karen (played by Emma Thompson). Yet, he does nothing of the sort.

To build up the angst in Rickman, Atkinson went as meticulously slow with the ornamentation as possible, sometimes doing 11-minute takes in the wee hours of the morning, and the whole thing drove Rickman “insane,” according to a new special about the movie from Diane Sawyer called “Love Actually.” The first part of the episode is available to stream on the ABC News YouTube page, and the entire episode is available to stream on Hulu.

“Rowan was just taking his time,” Curtis recalled in the special. “So, he would do 11-minute takes. [He’d say], ‘Let’s go back and do that. Let’s start again.’ And poor Alan was there all the time, going, ‘Grr, ugh.’”

Sawyer noted in the special that filming would go beyond 3 a.m. at times as Atkinson continued to ask for retakes while adding a bit of his own flair to the character.

Considering Rickman’s character is miserable and unhappy with life, and looking to go against what seems to be his true character, the scene plays out perfectly for a married man who is sneaking around and burbling with emotion under the surface.