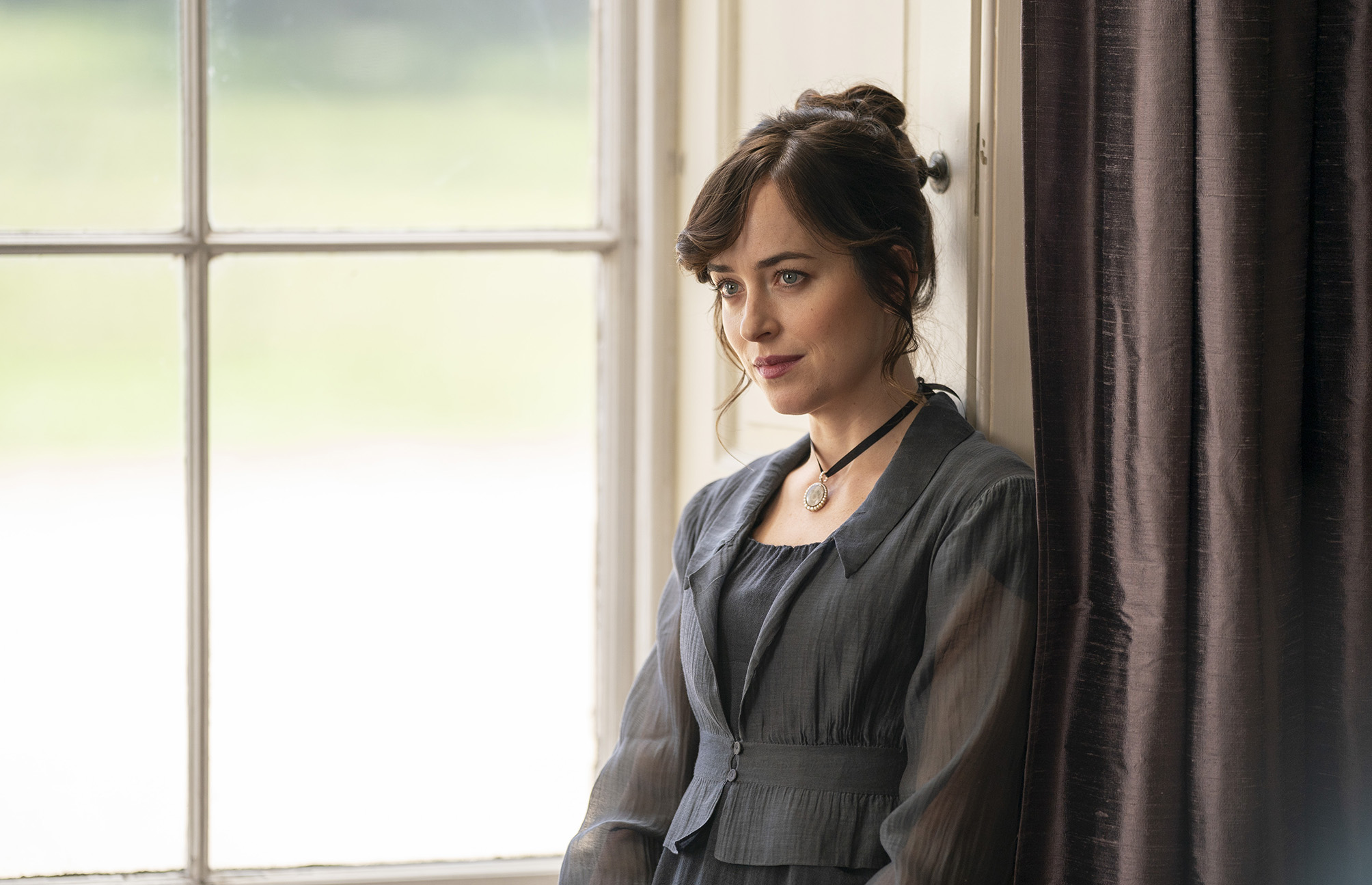 Netflix has revealed a fresh look at Dakota Johnson in her next movie, Persuasion. The streaming giant is responsible for reviving the Regency-era romance genre in a major way, thanks to the success of Bridgerton, and it’s getting back in the game with this new adaptation of the Jane Austen novel, featuring the Fifty Shades of Grey actress in the lead as heroine Anne Elliot.

We got our first look at the movie last summer, but with Persuasion set to drop in a few months’ time, Netflix has now shared a fresh glimpse at Johnson in character as Anne. “This is love worth fighting for,” captioned the official @NetflixFilm account when sharing the new image, which features Johnson looking out of a window. “Dakota Johnson stars in PERSUASION, based on the novel by Jane Austen, most humbly yours on Netflix this summer.”

Persuasion follows Anne as she is confronted by her past when she crosses paths with her lost love, Captain Frederick Wentworth (Lady Macbeth). Snake Eyes star Henry Golding also features as Anne’s cousin, and would-be suitor, Mr. Elliot. Suki Waterhouse, Richard E. Grant, Nikki Amuka-Bird, and Ben Bailey Smith are likewise in the cast. The film comes from acclaimed theatrical director Carrie Cracknell, who is making her cinematic debut with this one.

Johnson’s about to be everywhere on our screens over the next year or so as she has four movies due out from now until summer 2023. Alongside Persuasion, Johnson will be seen in Cha-Cha Real Smooth, hitting Apple TV Plus this June, Tig Notaro’s comedy-drama Am I OK?, due on HBO Max sometime this year, and Sony’s Madame Web. The Spider-Man spinoff film was just assigned a July 2023 release date earlier this week.

Described as a modern take on Austen’s tale, even though it will clearly still be set in the 1800s, Persuasion premieres on Netflix this July 15.