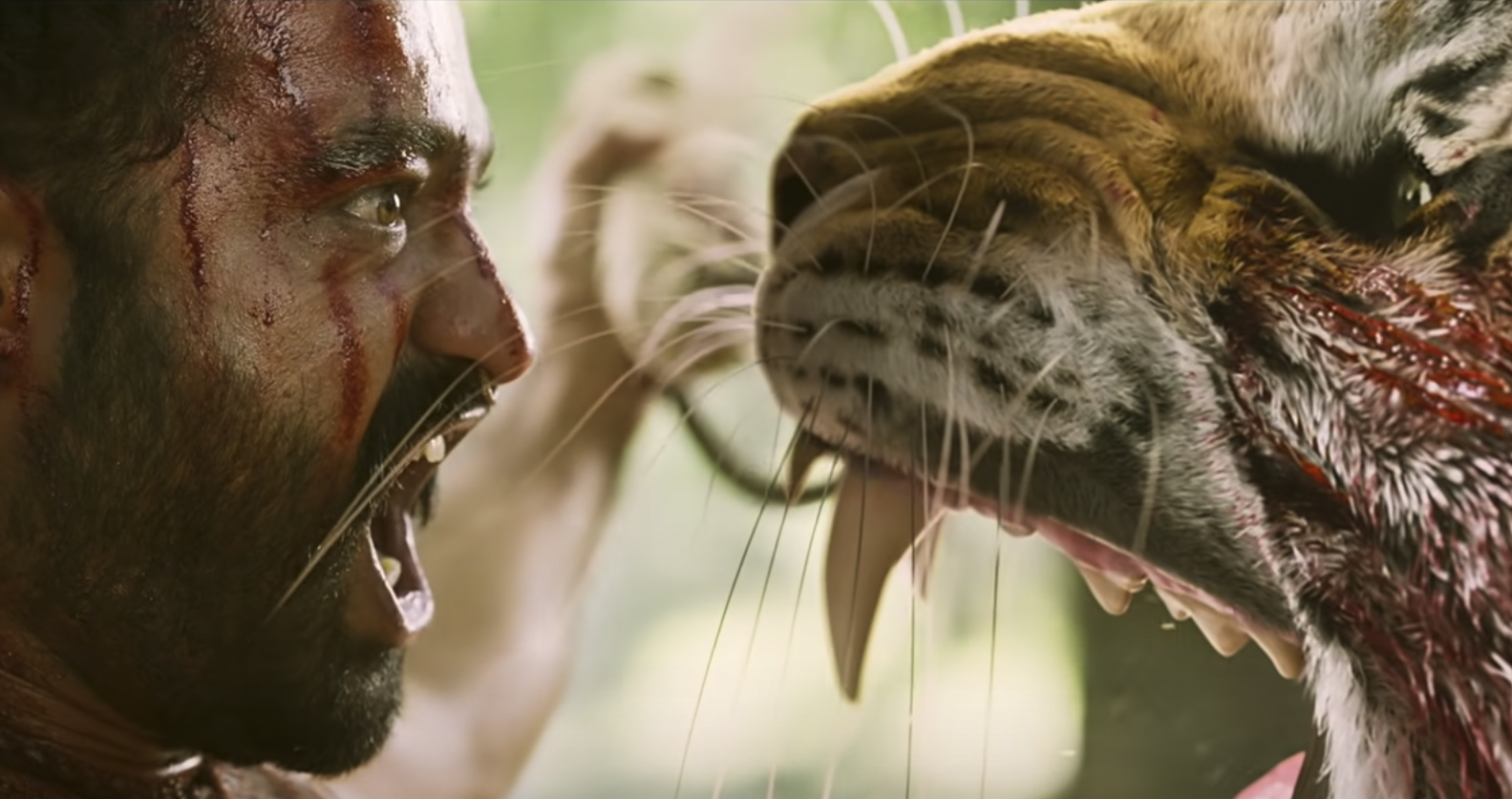 It’s one of the biggest blockbusters of the year, but if you haven’t been checking your recommended queue on Netflix, you’re probably sleeping on it. Or maybe you’re just not compelled by shirtless buff men, motorcycle chases, flaming steam engines, a governor’s mansion under siege, or, no kidding, a three-way chase scene between a man, a wolf, and an entire freaking tiger.

And that’s just the first 20 minutes of the three-hour epic that is RRR.

The Bollywood blockbuster is currently the biggest non-English language movie in the world, but the fact that its dialog is almost entirely in Telugu, the official language of the Indian states of Andhra Pradesh and Telangana, isn’t holding it back on Netflix, where its currently number two on the global movie charts and poised for crossover success.

RRR, which would loosely translate into “Rise Roar Revolt” in English, tells the story of two incredibly epic heroes (based loosely on real-life counterparts): Komaram Bheem, protector of the Gond tribe, and Alluri Sitarama Raju, a revolutionary fighting against the occupying British colonial government in the 1920s. The two men meet in Delhi and form an incredible bond of friendship born out of their resistance to British colonial rule and, frankly, their mutual, bordering on superheroic, badass-ness.

In fact, one could make an argument that a film is a form of superhero film. It’s just that the two principles aren’t based on archetypes out of the pages of Marvel and DC and are instead heavily fictionalized versions of two real-life revolutionaries that never met each other IRL with physical prowess that borders on supernatural.

And audiences are eating it up. The film is one of the highest-grossing films of the year in its native India and has already taken in $150 million worldwide, and word of mouth seems to keep growing in the States and elsewhere.

And it’s easily the best movie with a flaming animal stampede you’ll watch this year.

RRR is currently available for streaming on Netflix.