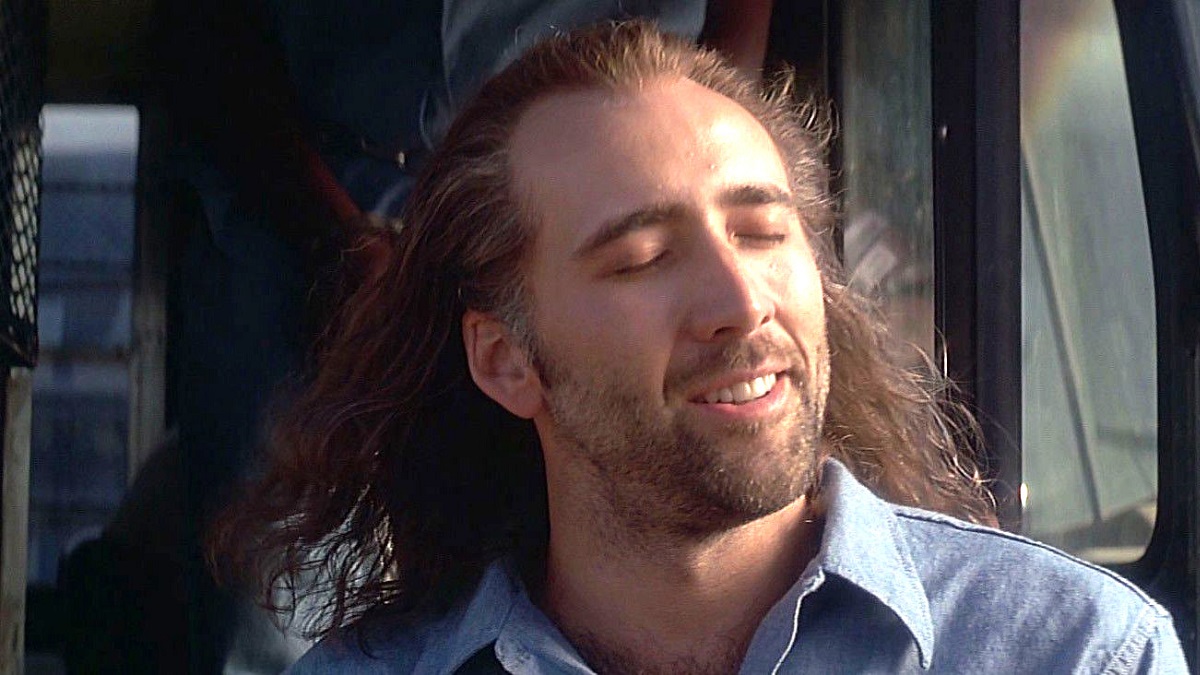 It goes without saying that The Unbearable Weight of Massive Talent is one of the strangest, most surreal, and yet eminently enjoyable experiences to be found at the theater so far this year, with Nicolas Cage barreling through the fourth wall as a semi-fictionalized version of himself.

The action comedy is still the top-rated movie of his entire career on Rotten Tomatoes, even if it might struggle to make much of a dent at the box office with Fantastic Beasts: The Secrets of Dumbledore, Sonic the Hedgehog 2, The Bad Guys, and The Northman providing stiff competition.

One of the film’s regular highlights is the hallucinatory Nicky Cage, who demands that his modern-day self forget about being an actor and focus on returning to the top of the A-list as a movie star. The de-aged iteration of the star is based on the early 1990s vintage, but co-writer and director Tom Gormican revealed to Entertainment Weekly that he was almost Con Air‘s Cameron Poe.

“One of them was the iconic, meme-ified Con Air-look with his hair blowing that we see everywhere. I was like, maybe that’s the young version of himself. And then Nic, when he came on the project, said, ‘Look, that’s a character, I want this to be a version of me. Nic said, ‘You need to take a look at this Wogan interview. He’s like, ‘That’s the guy I want to play because I find him so obnoxious and I’d like to present him as the villain in this film.”

Fret not, though, for there are of course several Con Air references peppered throughout The Unbearable Weight of Massive Talent, even if that isn’t the Nicky Cage that Nick passionately plays tonsil tennis with.