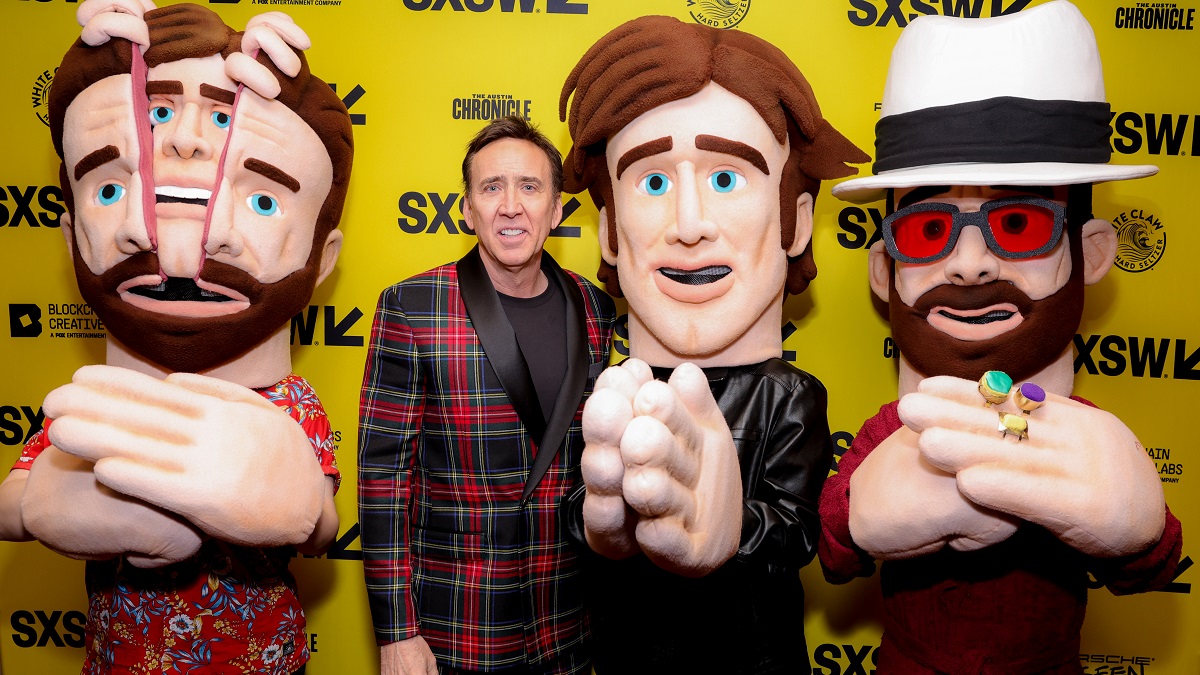 Nicolas Cage is one of the most famous comic book nuts in Hollywood, with the actor’s long and storied association dating back to childhood.

He took his stage name from Luke Cage, got a tattoo of Johnny Blaze’s Ghost Rider long before he played the role twice on the big screen, once owned a copy of Superman’s first appearance in Action Comics, named his son Kal-El, voiced Into the Spider-Verse‘s noir variant, almost headlined Tim Burton’s Superman Lives, and on it goes.

Joel Schumacher was once rumored to be eying Cage for Scarecrow in his abandoned sequel to Batman & Robin, but that’s about as close to the Dark Knight as the Academy Award winner has ever gotten. However, while discussing superheroes at the recent SXSW festival, he did name one of the Dark Knight’s villains that he’d love to bring to life.

“I like… oh, here’s something, I’ve been thinking about this, because we have this new, Robert Pattinson as the Batman, which I haven’t seen it yet, but I think he would be terrific, the villain that Vincent Price played on the ’60s show, Egghead. I think I want to have a go at Egghead. I think I could make him absolutely terrifying. And I have a concept for Egghead. So let them know over at Warner Bros. I’m down for Egghead.”

Matt Reeves’ The Batman has opted for a grimy, gritty, and grounded Gotham City aesthetic, but if there’s any justice in the world, at least one of the sequels should recruit the eccentric Cage to play a bad guy with a fierce intellect that can’t stop making egg-related puns.