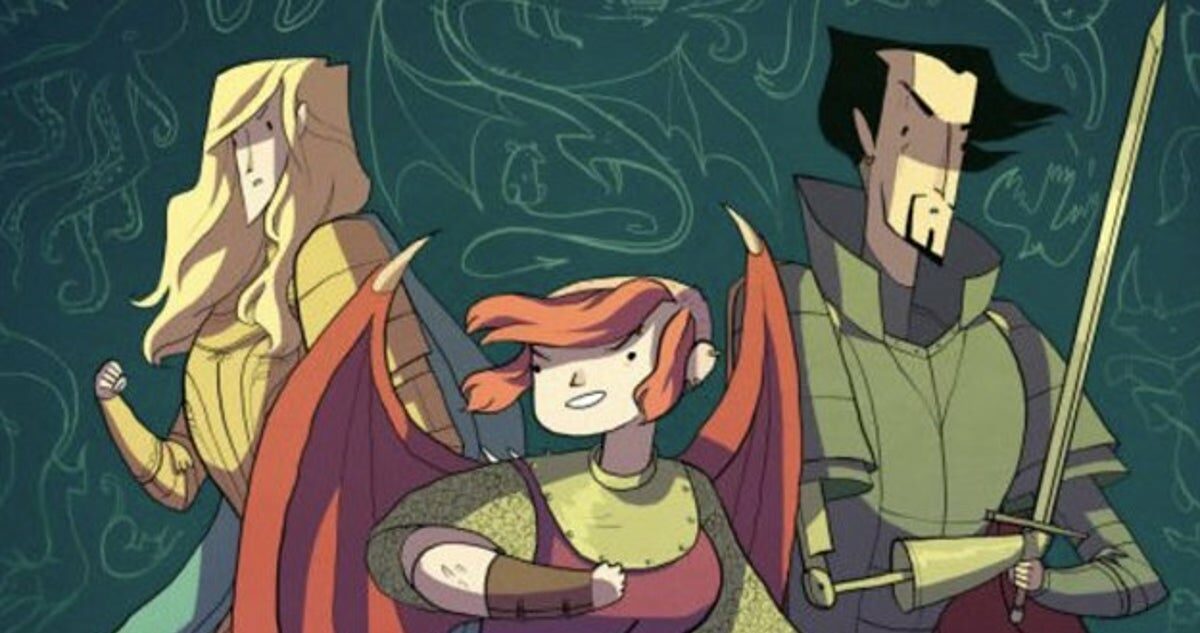 In some very welcome news, creator ND Stevenson has announced that the long-awaited Nimona movie is finally happening. Stevenson, most known as the brains behind Netflix’s acclaimed animated series She-Ra and the Princesses of Power, is partnering up with the streaming giant again for this adaptation of their best-selling graphic novel, which was previously in the works at Blue Sky Studios.

In the wake of Ice Age makers’ Blue Sky being acquired and subsequently shut down by Disney, all work on Nimona was halted. However, it’s now been confirmed that Netflix secretly took over the reins of the production in early 2021, with Annapurna Pictures (Mother/Android) behind the animation. Stevenson revealed a first look at the film, which is coming sometime next year while dropping the exciting news on Twitter this Monday.

“Nimona’s always been a spunky little story that just wouldn’t stop,” Stevenson wrote. “She’s a fighter…but she’s also got some really awesome people fighting for her. I am excited out of my mind to announce that THE NIMONA MOVIE IS ALIVE…coming at you in 2023 from Annapurna and Netflix.”

In addition, Netflix unveiled the movie’s three leads. Chloë Grace Moretz (Tom & Jerry The Movie) will star in the title role as Nimona, a young shapeshifter living in a techno-medieval fantasy world. Moretz is joined by Sound of Metal‘s Riz Ahmed and Eugene Lee Yang (Spring Bloom). Here’s what we can expect from Nimona, as per the official synopsis:

Knight Ballister Boldheart (Ahmed) is framed for a crime he didn’t commit and the only person who can help him prove his innocence is Nimona (Moretz), a shape-shifting teen who might also be a monster he’s sworn to kill. Set in a techno-medieval world unlike anything animation has tackled before, this is a story about the labels we assign to people and the shapeshifter who refuses to be defined by anyone

Nimona, which previously had Patrick Osborne at the helm, will be directed by Spies in Disguise veterans Nick Bruno and Troy Quane. News of its move to Netflix comes hot on the heels of a recent report claiming that Disney put pressure on the production team to remove a same-sex kiss from the storyline. With Netflix having been supportive of the LGBTQ+ content in She-Ra, hopefully, there were no such restrictions on this version of the tale.

Get ready for Nimona to hit Netflix in 2023.