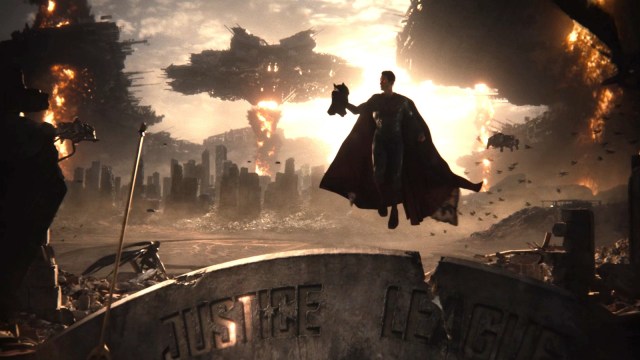 The ongoing developments both behind the scenes and in front of the camera at Warner Bros. and DC Films has shaken up the future of the superhero franchise in a major way, but as always, a huge percentage of the fandom will always bring it back around to Zack Snyder eventually.

Having already gotten the four-hour cut of Justice League they demanded for years, the movement to restore and resurrect the SnyderVerse remains alive and well. That being said, if you want to get pedantic about it, has the mythology initially created by the filmmaker with Man of Steel ever really went away?

After all, it was Snyder who cast Henry Cavill, Ben Affleck, Jason Momoa, Gal Gadot, Ezra Miller, and Ray Fisher as his Justice League, and every single one of them with the exception of the latter has at least one cameo or solo blockbuster on the way. Outside of that, James Gunn’s The Suicide Squad was a canonical sequel to David Ayer’s original, which was itself tied to the SnyderVerse.

Despite the fact his fingerprints remain all over every corner of the DCEU, yesterday’s raft of announcements regarding the short and long-term future of the interconnected series has many crying foul at Snyder’s contributions being overlooked once again.

Snyder has enough on his plate at it is thanks to his Netflix deal, with the Army of the Dead director and Army of Thieves producer overseeing sequel Planet of the Dead, animated series Lost Vegas, Norse-inspired episodic effort Twilight of the Gods, and the two-part sci-fi epic Rebel Moon. Ignoring all of that, though, we know fine well that #RestoreTheSnyderVerse isn’t going anywhere.