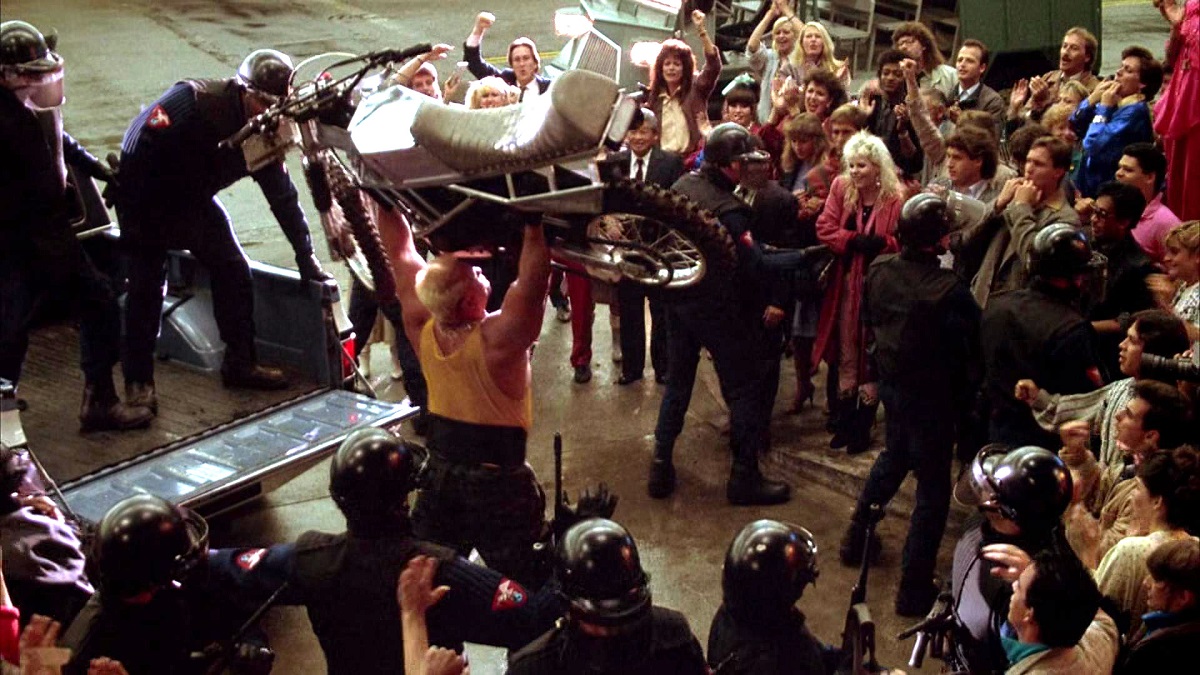 When you let your mind wander to dystopian fables that end up being eerily prescient, a ludicrously over-the-top action blockbuster that’s so cheesy it should be avoided by anyone with a lactose intolerance isn’t the first one that comes to mind, but The Running Man proved itself to have alarming predictive powers.

Looking back at the science fiction stories to have painted the picture of a world we didn’t even know was coming, a starring vehicle for Arnold Schwarzenegger directed by one half of classic small screen cop duo Starsky & Hutch hardly jumped out as a prime candidate, but a Reddit thread celebrating 35 years of The Running Man‘s greatness tells an entirely different story.

These days, you don’t have to spend hours channel-hopping to find television of either the reality or car crash variety, while competition shows that push contestants to their physical and emotional limits are all the rage, too. Obviously, nobody’s being hunted for entertainment… yet… but we’re not too far away given our shared obsession with things so bizarre we want to look away, yet find ourselves unable to.

Stupendously dumb but also subversively smarter than it wants you to think, The Running Man may have seemed far-fetched back in 1987, but would anybody be surprised if a TV show revolving around convicted felons trying to escape a deadly maze in order to secure their freedom became a thing in the not-too-distant future?

Let’s not forget that the film is set in the unfathomably far-flung reaches of 2017, too, so it may not even be lagging too far behind the times when all is said and done.