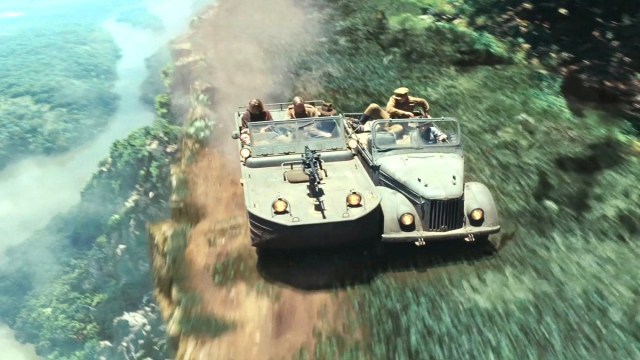 Plenty of franchises have been dusted off, given a fresh coat of paint, and thrown back into theaters decades after the last installment, but few have proven to be anywhere near as contentious and detested by their own fandom than Indiana Jones and the Kingdom of the Crystal Skull.

Not that we’re suggesting there’s a pattern here, but the only real comparison would be the vitriol and condemnation that greeted Star Wars sequels The Force Awakens, The Last Jedi, and The Rise of Skywalker, all of which were produced by Lucasfilm. Of course, the recurring theme among all four polarizing pictures is that they made a ton of money at the box office, so the vociferous negativity ultimately ended up falling on deaf ears.

In the case of Crystal Skull, a $790 million haul from theaters and 78 percent Rotten Tomatoes score is hardly indicative of what people think about Harrison Ford’s fourth whip-cracking adventure today. Not only is a 53 percent user rating substantially lower, but if you ask any Indiana Jones supporter for their opinion on the globetrotting escapade, there’s a high chance you won’t hear it being praised from the rooftops.

Whether it’s the ropey CGI, Shia LaBeouf swinging from vines, the weak third act climax, or any of the other issues people have with Steven Spielberg’s final stint behind the camera, the Crystal Skull conversation hasn’t yet quietened down to a whisper.

However, it has been making an unexpected splash on streaming this week, with FlixPatrol revealing one of the most opinion-splitting epics of the modern era has cracked the global rankings on both iTunes and Google Play Movies, so there are people happy to revisit the stodgy story regardless of what the internet thinks.